General Motors has officially unveiled their new fully electric Hummer. They are calling it “the world’s first supertruck.”

The 2022 GMC Hummer electric vehicle (EV) is big and rugged. In fact, it’s all the things you would expect from a military-inspired rig. However, it also includes new technologies and amazing performance to support GM’s goal of making more environmentally friendly vehicles.

GM says the Hummer EV will offer the performance of an exotic sports car. They boast about an ability to go from 0-to-60 mph in only three seconds, as well as sturdy off-road capabilities. There’s also fast charging, giving you up to 100 miles of range in just 10 minutes. The Hummer EV has a host of new technologies, like GM’s next-generation driver-assist system that will allow hands-free driving on highways.

The Hummer EV fulfills GM’s goal of pivoting towards EVs. They have historically been unprofitable for automakers. However, public demand for greener vehicles is finally starting to surge. The multi-year rollout should allow the company to ramp-up production of a joint venture with LG Chem for battery cell production. That work will be done at a new plant in Lordstown, Ohio.

The new Hummer EV is expected to compete against a host of electric pick-up trucks. Tesla has already announced the Cybertuck. Ford is offering the best-selling F-150 in an electric model too. Then are startups like Rivian, who are planning to sell their own electric pickup too. Tesla and Rivian’s offerings will come much cheaper than the Hummer EV. But only the Hummer is a Hummer, if you understand what we’re saying.

The Hummer EV will be the first vehicle built with GM’s next-generation electric vehicle platform and batteries. It’s the debut vehicle under the company’s $20 billion plan to shift to electric and autonomous vehicles through 2025. 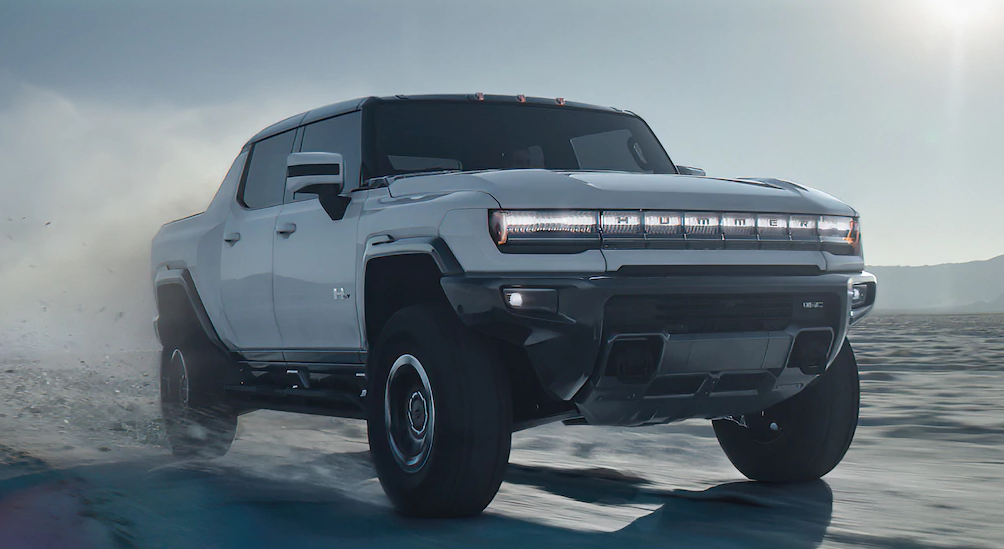