When the 2021 Formula 1 season was announced in November, it raised more than a few eyebrows. It’s going to be the longest F1 season in history, with 23 grand prix races. However, it also includes some controversial locations. Most notably is the inclusion of the brand new Saudi Arabia Grand Prix. Formula 1 has never held a grand prix event in that Middle Eastern country. Both fans and sports media were quick to criticize the decision. And with good reason.

Amnesty International blasted F1 for participating in “sportswashing.” Various drivers have given a more cautious take. However, the cynical response to that is that drivers will directly make millions of dollars from racing in Saudi Arabia. (And other questionable counties — more on that later). One notable journalist has defended the decision, for well-intentioned but perhaps shortsighted reasons. We’ll examine all of those positions for you so you can make up your own mind. But let us be perfectly clear about our position: Formula 1 should cancel the Saudi Arabia Grand Prix.

Let’s get this out of the way, first. The most simple definition of sportswashing is “the hosting of a sporting event, or owning of a team as a means for a country to improve its reputation, particularly if it has a poor record on human rights.”

In short, it’s when a country with a sketchy history (at best) hosts a glamorous international event in order to pretend everything is perfectly fine behind the curtain. Usually, it’s not fine. Here are some common cited examples of sportswashing:

Critics rightfully accuse countries of using sportswashing events as propaganda. After all, if a country can host a shiny party like an Olympics or F1 Grand Prix, how could they possibly be considered evil?

So is Saudi Arabia Actually “Evil?”

We suppose your opinion of Saudi Arabia is a matter of personal opinion. However, here’s a short laundry list of the country’s most controversial aspects from Jalopnik’s Elizabeth Blackstock.

“..we have a lot of thoughts about Saudi Arabia. We know and have balked at the murder of Jamal Khashoggi, guardianship views that leave women under complete control of their spouse or other male relatives, denigration of LGBTQIA+ rights, arrests of human rights activists, oil-based profiteering that has contributed to climate change, the widespread use of torture as an acceptable interrogation method and, well—a lot of other things that paint the country in a poor light.”

To counteract that reputation, the Saudi government introduced Saudi Vision 2030. It’s an effort to attract sporting events, concerts, and other high-profile entertainment options to the country. They claim it will improve the lives of their citizens. However, it’s more appropriately labelled as a slick PR campaign to cover up Saudi Arabia’s abysmal human rights records.

Formula 1 should realize that a Saudi Grand Prix in 2021 would be part of ongoing efforts to sportswash the country’s abysmal human rights record.

Despite the fanfare over Saudi women finally being allowed to drive a car without being arrested, the authorities have recently locked up and tortured several leading women’s rights activists—including Loujain al-Hathloul and Nassima al-Sada.

If a Saudi Grand Prix goes ahead, at the very least F1 should insist that all contracts contain stringent labour standards across all supply chains, and that all race events are open to everyone without discrimination.

Although they seem to realize that F1 is unlikely to outright cancel the event, they are urging the organization to be proactive. In particular, they are hopeful that the race infrastructure will be built safely, giving workers fair compensation. They also insisted that the event be open to all fans, regardless of gender, race, or anything else.

What Drivers Are Saying

It’s no surprise that the drivers and owners aren’t being very outspoken about this. You don’t bite the hand that feeds, after all.

Christian Horner of Red Bull Racing basically passed the buck, telling media that teams don’t pick the schedule. “When we sign up for a world championship, we don’t dictate where that calendar goes, but we sign up to race in every race,” he said.

Lewis Hamilton is the sport’s best driver. He might be the best ever. He’s also black, and has been very outspoken about Blacks Lives Matter this year. Naturally, his opinion on all things Formula One holds a lot of weight. Unfortunately, he wasn’t willing to say anything of real substance on this issue. He merely claimed ignorance, and then tried to spin optimism for the future.

I don’t know enough about the human rights issue that’s happening in Saudi Arabia. I have some friends that go there and tell me it’s a stunning place, but I think it’s important that I before I really comment I know exactly what the issue is.

Nelson Mandela many years ago said sport has the power to change the world for the better. And I think we have already seen the positive shifts that we as a sport this year have committed to and started to push in the direction of supporting human rights and equality and inclusivity.

The current fact is we go to all these countries, and while it is a great event, we don’t leave a long lasting positive effect on those places. The question is, can we? Can we be a part of bringing attention to certain issues and push them to change?

So can F1 holding a major event in Saudi Arabia actually help change the country?

As you can see, some of the key figures in F1 are fully on board with bringing their sport to Saudi Arabia. They aren’t the only ones, either. Hazel Southwell, a current writer for RaceFans, argues that the citizens of Saudi Arabia don’t deserve to be punished for the crimes of their rulers.

Probably going to stay off the internet for the day but here's my thermonuclear take that people living under a brutal regime are no less deserving of sport than you, living in freedom. https://t.co/HMOeevGt6C

It’s not that we don’t see her point. We just think it doesn’t address the larger issues. The average Saudi citizen doesn’t stand to make millions of dollars from the event, but drivers and owners will. The average Saudi citizen doesn’t really benefit from a Grand Prix that will be used as sportswashing propaganda for a country with an alarming history of human rights violations. While we would love to simply say “sports are to be enjoyed by everyone,” the financial realities of this event make it impossible for things to be that easy.

Saudi Arabia Isn’t The Only Issue

Although plenty of ink has been spilled about F1 heading to Saudi Arabia, it’s not the only issue. The organization also plans to hold 2021 races in Russia, Abu Dhabi, Hungary, Azerbaijan, Bahrain, and China — all with their own human rights concerns. We’ve even heard arguments that the United States has become more problematic in recent years, as the focus on police brutality and the rise of Black Lives Matter means that maybe F1 shouldn’t come stateside either. But where do you draw the line on what is and isn’t acceptable?

Formula 1 recently attempted to answer that question. They recently pulled out of the planned 2021 Vietnam Grand Prix. However, it wasn’t a result of human rights violations. No, they pulled out due to the arrest of a prominent politician who supporting bringing the race to Vietnam. Nguyen Duc Chung, who was the chairman of the Hanoi People’s Committee, a government post, was arrested in August and accused of stealing state secrets.

It’s interesting that the removal of a political supporter was enough to make F1 reconsider a race, but decades of discrimination and violence against women, LGBTQ+, and other minority groups (in various countries) doesn’t seem to concern them at all. Not enough to leave all that oil money on the table and walk away, at least. 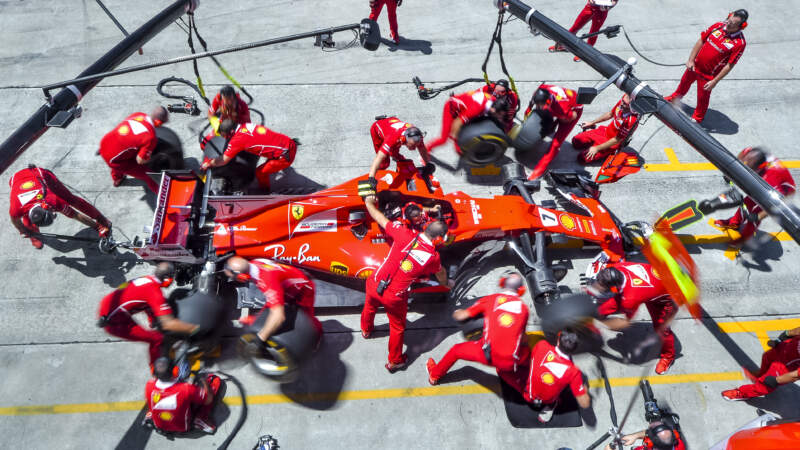