It’s been 14 years in the making, but Lewis Hamilton finally stands alone at the top of the Formula One mountain.

Hamilton won the Portuguese Grand Prix on Sunday, earning himself the 92nd top-of-the-podium finish in his remarkable career. That’s one more than the iconic Michael Schumacher, who managed to win 91 F1 races in his storied career.

“I could only ever have dreamed of being where I am today,” Hamilton said after the race, according to the Associated Press. “It’s going to take some time to fully sink in. I can’t find the words at the moment.”

Hamilton already has six F1 Driver’s Championships. He’s the overwhelming favorite to win the 2020 crown as well. Schumacher ended up with seven championships before he retired. That leaves Hamilton to keep chasing the last of his idol’s major F1 records.

The British racer, who has won the past three F1 Championships, also extended another record. By finishing in the pole position in Portugal, he earned his 97th spot at the front of the grid. Schumacher had 68, a record Hamilton has already smashed through. At just 35 years old, it seems almost inevitable that Hamilton will eventually own every major F1 record.

“In 10 or 20 years we’re going to acknowledge what a special driver he was,” said Toto Wolff, the head of Mercedes motorsport.

While we certainly can’t argue with that, it might already be time to start pouring on the acknowledgements. Hamilton is just that good. 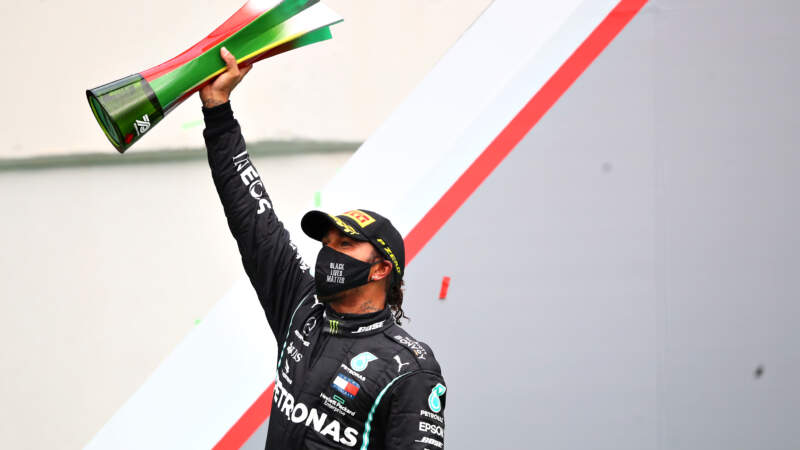