Whether you’ve accepted it or not, electric cars are the future. More and more automakers are committing to producing an increasing number of electric cars. From pick-up trucks to performance sports cars, EVs are coming to every car class. From the sounds of it, the Kia Stinger could soon be joining the party.

Kia might be more well-known for making reliable, functional cars with reasonable prices. No one will confuse a Kia with a Ferrari, for example. However, the Stinger is easily their sexiest offering. It’s basically a sports car, but with a bit of practically built in. And a much lower price. According to Karim Habib, Kia’s head of design, the Stinger may soon offer an all-electric engine.

While speaking to Top Gear, Habib dropped some hints about the Stinger’s future:

“I definitely hope that the spirit of the Stinger stays at the core of what Kia is as we change as a brand,” said Habib – previously Head of Design at both BMW and Infiniti.

“As the technology goes towards EVs and as the world and its appetite for these types of cars changes, the concept probably has to evolve as well.” Hmmm – that’s not so promising.

“But the sporty, affordable, beautiful sculpture – I really believe that’s something which needs to live on in the brand.”

Kia has 11 new EV models coming out by the end of 2025. It would make sense for the Stinger to join them, if the model is going to stick around. If Kia doesn’t want to be known simple for “boring” sedans and “functional” minivans, having an EV Stinger in their lineup goes a long way to prop up their reputation in the market. 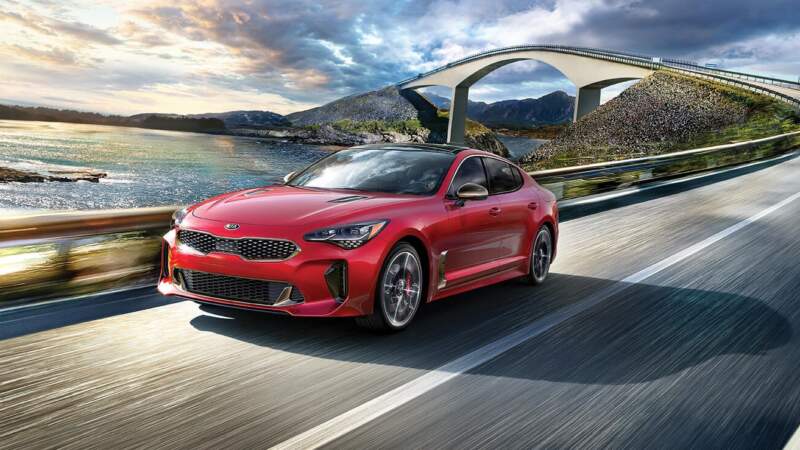