Electric vehicle maker Tesla has slashed the price of its Model 3 in Japan. It’s part of their efforts to build a bigger presence in Asia and create demand. The Japanese market has been a bit slow to embrace electric vehicles so far.

The reduction of almost a quarter off the cost of its mid-level Model 3 is Tesla’s latest attempt to stimulate sales in Japan. The company continues to try and build their brand throughout Asia. Six years ago, Tesla CEO Elon Musk identified Japan as one of Tesla’s most important global markets. However, they sold less than 2,000 units in the country in 2020. That number was up only marginally from 2019.

This is the first time that the price of the Model 3 has been cut in Japan. The timing coincides with the Model 3 starting to be imported into Japan from Tesla’s Shanghai production factory, instead of American-built models.

Tesla routinely lowers the price of its cars in the U.S. and China. The addition of lower-cost Model 3 in other markets has helped boost sales. Despite its relatively small footprint in Japan, which is the world’s third-largest automotive market, Tesla sold 500,000 units globally last year, an increase of 36%. They forecast a 50% increase in 2021.

Achieving high volume sales in Japan will be important for Tesla to meet its ambitious goal of selling 20 million cars a year by the year 2030. Tesla has also been opening a number of new stores throughout Japan and building out charging infrastructure in the country. There’s a long way to go still, but Tesla seems up for the challenge. 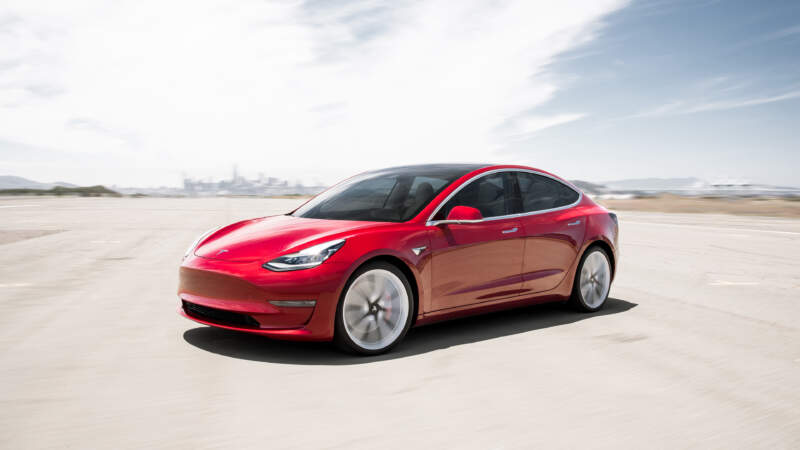