Inside The 2021 Chevy Camaro: A Classic Pony Car For Modern Times

With each passing the year, it’s hard not to feel at least a little bit thankful that pony cars like the Camaro are still around. Gas-guzzling, distinctly American performance vehicles seem incongruous to an automotive market dominated by eco-friendly designs and the ever-encroaching spectre of self-driving cars. While Chevrolet is investing heavily in the future, the manufacturer hasn’t forgotten about drivers who are drawn to loud and obnoxious four-wheeled beasts. Along with the Ford Mustang and Dodge Challenger, the Camaro strikes an intoxicating balance between power and affordability. The 2021 model arrives with minimal overall changes to design and performance, but does come with some much-needed quality of life improvements. Let’s take a closer look.

From the outside looking in, don’t expect to find much to differentiate the 2021 Camaro from last year’s model. This is the sixth model year since the Camaro got a full redesign back in 2015, which means Chevy is content to slap on a new coat of pain and call it a day. Literally. The biggest exterior change for 2021 is a new paint color option — Wild Cherry Tintcoat, an extra-cost option that replaces Garnet Red Tintcoat. Unfortunately, Rally Green Metallic has been dropped as a color option. That’s a real shame because it was an eye-catching dark green finish.

This means the new color options are as follows.

Much like last year’s model, the 2021 Camaro is available in a few different powertrain configurations. Both the LS and LT models come standard with a 275-hp turbocharged 2.0-liter four-cylinder, with the option to upgrade to a 335-hp 3.6-liter V6. Although the four-cylinder is no slouch, it’s nowhere near as gutsy as the V6. If you have the means, it’s definitely worth upgrading. The upper tier LT1 and SS models both pack a 455-hp 6.2-liter V8, which provides an impressive 455 lb-ft of torque.

Every Camaro model comes standard with a six-speed manual transmission. However, the LT1 and SS take things a step further with GM’s Active Rev Match (ARM) technology, which “puts the engine at the perfect RPM for a downshift.” An eight-speed automatic transmission can be added onto the four-cylinder, while the V6 and V8 engines have an optional 10-speed automatic.

Regardless of which powertrain you choose, overall performance takes a step up by adding the optional 1LE Track Performance package. We’ll cover that in more detail in the next section. In addition to exterior and interior upgrades, 1LE-equipped cars have a dual-mode exhaust system, more powerful brakes, enhanced powertrain-cooling components, limited-slip differential, and special suspension tuning.

Of course, if you really want to blow your hair back, there’s always the 650-hp Camaro ZL1. However, since it’s sporting a Corvette Z06 engine and starts at close to $65,000, we’re considering it a whole different vehicle. Therefore, we won’t be discussing it any further in this article.

Not counting the ZL1, the 2021 Camaro is offered in four standard trimlines. Here they are, along with the starting prices.

With the exception of the LS, every trim is available as a coupe or convertible (the LS is coupe-only). As mentioned above, every trim can be paired with the optional 1LE Track Performance package. In addition to performance improvements, the 1LE adds black-painted 20-inch wheels and satin-black exterior accents. You’ll also get some interior styling upgrades, such as microsuede trim and (on SS models only) Recaro front seats with enhanced support.

The biggest change across the Camaro fleet is technological. Each model is now equipped with standard wireless Apple CarPlay and Android Auto compatibility. Wireless charging for mobile devices is also now standard on higher-end LT and SS models.

One surprising cut is that the Insignia and Shock and Steel special-edition packages from the 2020 models are no longer available. These packages added a variety of styling features including Carbon-Flash-painted side mirrors and Blade Design aluminum wheels. While some are sure to be disappointed by this omission, the fact you can now add the near-essential 1LE package to every model makes up for it, in our books.

The previous generation Camaro infamously had a crummy interior, which means riding in any model made since 2016 feels luxurious by comparison. The front seats are comfortable and the dashboard layout is intuitive, especially if you add the optional heads-up display. Every Camaro comes equipped with a touchscreen supporting Chevy’s Infotainment 3 software. The eight-inch touchscreen is generous but angled awkwardly so as to require some getting used to.

While the Camaro is a joy for front-seat passengers, good luck convincing any sane adult to ride in the back. Unfortunately, they’re sure to find the rear seats are quite cramped and uncomfortable. Cargo space is also at a premium. The Camaro actually offers less than either the Mustang or Challenger. Obviously, this car was built with the driver primarily in mind. There’s nothing wrong with that, of course, but you should know that the Camaro isn’t ideal for family outings.

The National Highway Traffic Safety Administration (NHTSA) has yet to crash test the 2021 Camaro. However, the 2020 model scored a five-star rating. Given that it’s nearly identical structurally, we should expect to see a similar rating for the new model.

As for key safety features, the 2021 Camaro is far from the top of the class. But does sport the following.

Unsurprisingly, the LS and its four-cylinder engine is the most fuel-efficient of the pack. But let’s be real. If you’re measuring miles per gallon, you’re probably not in the market for a Camaro to begin with.

Overall, the 2021 Camaro is an iterative update to an already impressive pony car. By this point, you should know what you’re getting from the Camaro — power and performance at the cost of practicality. In other words, it’s a car made for those who simply love to drive. Chevy isn’t expected to roll out a full redesign until 2023 at the earliest. So until then, more of the same (but with a new coat of paint) will have to do. 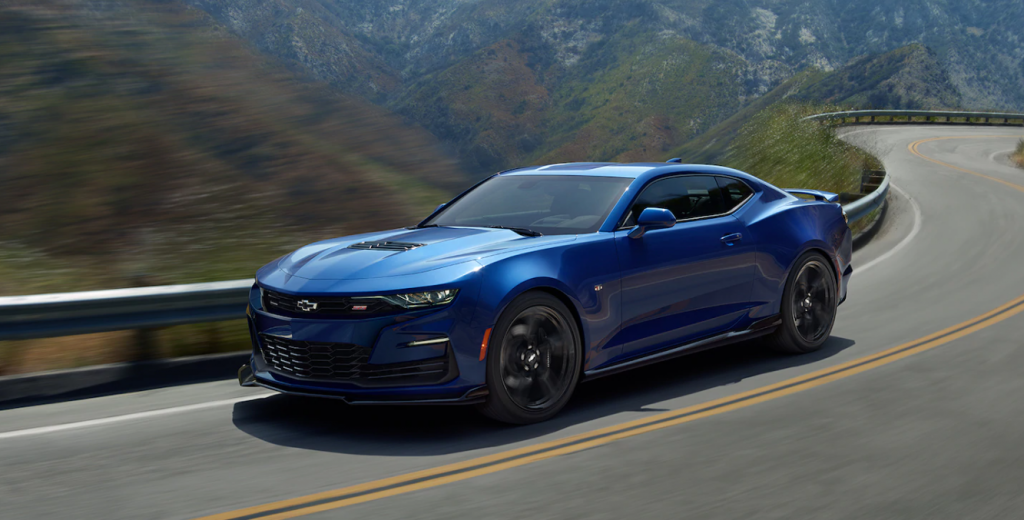