Inside the 2020 Lexus NX: Aging But Still Eye-Catching

There haven’t been a lot of substantial revisions made to the Lexus NX since it first debuted in 2015. Despite the stagnation, the 2020 Lexus NX is still a pretty competitive offering in the compact luxury SUV segment. It’s priced right, comes with a slew of standard safety features, and has a well-appointed interior that offers just enough space. On the other hand, it doesn’t offer the most engaging driver experience anymore. Plus it has an exterior design that can best be described as polarizing. If the NX is on your radar, read on for our detailed breakdown.

Android Auto and the Lexus Safety System+ 2.0 — which was recently updated and now includes lane-tracing assist, road sign recognition, and corner assist — are both standard features on the 2020 NX. Lexus also added a new top trim level to the lineup, the aptly named “Luxury” model. Making Android Auto standard means more people will be able to bypass the NX’s clunky infotainment center (more on that in a bit). Apple CarPlay is also available, which helps iPhone users out too. However, the marquee addition here really is the extra safety tech.

Exterior Styling: That Grille, Though

The Lexus NX doesn’t exactly have a timeless design, but it’s still aged fairly well. The NX has sharp angles that run the length of the bodywork, beefy wheel arches, and squared dual exhaust ports. Those are all sporty features that help mask its status as a pedestrian performer. However, all the hard lines in the world can’t hide the NX’s massive spindle grille. If you modern design, you likely won’t have a problem with it. But it may be a deal-breaker for those with more conservative tastes. Our advice: Go see the NX in the metal before making a final call.

Under the Hood: Don’t Expect Much

The 2020 Lexus NX comes standard with a turbocharged 2.0-liter four-cylinder engine. It’s good for 235 horsepower and 258 lb-ft of torque. Power is sent to the front wheels via a six-speed automatic transmission (or all four wheels, depending on the trim). The only other power plant on offer is the hybrid setup found in the Lexus NX 300h.

Surprisingly, the hybrid NX actually makes less power. The greener version pumps out a measly 194 horsepower combined between its naturally aspirated 2.5-liter four-cylinder engine (good for 154 hp) and three electric motors. In the hybrid, power is sent to all four wheels via a CVT.

CarandDriver recorded a 0-to-60 mph time of 6.9 seconds during its testing of the AWD NX F Sport. That isn’t certifiably sluggish, but is still far from fast. However, the outlet did note that the powertrain performed perfectly well at highway speeds, especially when the turbo was fully spun up. It’s a different story for the hybrid, which “sprints” from 0-to-60 in 9.1 seconds. Not that you’d buy a luxury SUV for its quarter-mile time, but the NX doesn’t exude any sort of explosive power. It’s more of an easy rider.

In its review of the NX 300h, MotorTrend said the hybrid was “difficult to drive smoothly” due to its overactive throttle and touchy brake pedal. The review did mention that the chassis was surprisingly stiff though, which bodes well for those who like taking the backroads home from work.

The Lexus NX performs pretty well at the pump. The FWD model averaged an EPA estimated 22/25/28 (city, highway, combined) miles per gallon. The AWD NX posts almost identical numbers, although it’s rated at just 24 mpg on the highway. As you might expect, the tarted-up F Sport model has the worst fuel economy, although still nets 22/27/24 mpg.

The NX 300h hybrid averages a respectable 33/30/31 mpg. However, those figures pale in comparison to its corporate cousin, the Rav4 Hybrid, and its EPA estimated 41/38/40 mpg. Then again, there’s some extra social clout in parking a Lexus in the driveway instead of a Toyota.

What’s Inside: A Luxurious Cabin Lacking in Storage Space

Despite its advanced age, the 2020 Lexus NX still offers plenty of luxury. It starts with standard synthetic leather that most reviewers say looks and feels like the real thing. Other standard features include 10-way adjustable power front seats, dual-zone climate control, and a leather-trimmed steering wheel and shifter knob. Available features include a perforated leather interior, heated and ventilated front seats, and power folding and reclining rear seats. Although the cabin design is dated — the center stack is way too busy and button-heavy, in our opinion — the overall design is modern and eye-catching.

The Lexus NX offers 17.7 cubic feet of storage space behind the rear seats. That rises to a max of 54.6 cubic feet of storage seats with the rear seats folded down. The NX is nowhere to be found on any list of compact SUVs with the most storage space. Some reviewers noted that its sloping roofline even makes loading cargo a challenge. You may find more practical SUVs on the market, but they won’t sport that iconic ‘L’ on the front.

The Lexus NX offers a bevy of standard tech, including an 8.0-inch infotainment screen, Android Auto and Apple CarPlay, Amazon Alexa compatibility, and a Wi-Fi hotspot. Optional features include a 10.3-inch infotainment screen, a 14-speaker Mark Levinson sound system, GPS navigation, and voice control. The biggest knock on the NX’s technology is the trackpad used to control its infotainment screen. It’s a device that is universally reviled by reviewers for how difficult it is to use. Seriously Lexus, just incorporate touchscreens like everyone else.

The list of standard safety tech and driver’s assistance aids is long. Highlights include adaptive cruise control, blind-spot monitoring with rear cross-traffic alert, a collision-mitigation system with pedestrian detection, a lane-detection system with steering assist that keeps the NX centered, a road sign assist system that displays sign information on the instrument panel, automatic high beams, and a lane departure warning system complete with steering assist. Yes, all of these features come standard. In fact, the only optional safety equipment is a park assist system and a 360-degree camera. If safety is one of your biggest selling points, the NX will check almost every box you might have.

Pricing and Trim Levels: Something for Everyone

The base model stickers at $36,870 and can be had with AWD for $38,270. This model doesn’t offer much in the way of flash but does include all of the NX’s standard safety tech. It also has the same 235-hp engine found in pricier trims (with the exception of the hybrid).

This is the enthusiast’s choice, as the name suggests. This trim features a sport-tuned suspension, five driving modes, aluminum pedals, paddle shifters, bolstered sport seats, and turbo boost and G-force gauges. The F Sport is also the only NX that offers adaptive dampers. On the luxury front, the F Sport trim features heated and front seats and a heated steering wheel. The F Sport starts at $39,110 for the FWD model and $40,510 for the AWD version.

A perforated leather-trimmed interior, heated steering wheel, and heated and ventilated front seats all come standard at this trim level. You’ll also get the larger 10.3-inch infotainment screen, voice control, and a moonroof. The range-topping petrol-powered NX is priced at $43,960 for the FWD model and $45,360 for the AWD model.

The hybrid NX is almost identical to the base model in terms of standard features, although it does include AWD at no extra cost. The NX 300h starts at $39,420.

This is essentially the NX 300 Luxury with a hybrid power plant, although this trim does feature wood interior trim and selectable drive modes. The NX 300h Luxury has a starting price of $46,510.

Despite its age, the NX is still one of the best-looking offerings in its class. To make things even better, Lexus offers more standard safety tech and driver’s assistance aids than just about any other automaker around. These two features alone, combined with competitive pricing, make the NX a solid buy — right now, anyway.

The NX will start to feel dated in a few years, especially under the hood. Its six-speed automatic transmission and lifeless hybrid power plant are already archaic by today’s standards. If it were our money, we’d wait until 2022. That’s when when Lexus will reportedly debut a bigger and more powerful next generation of the NX. That said, you can sure the price will go up when they do. So for now, the NX is still a solid buy if you need a luxury SUV that doesn’t cost six figures. Just don’t expect it to age all that well over the coming years. 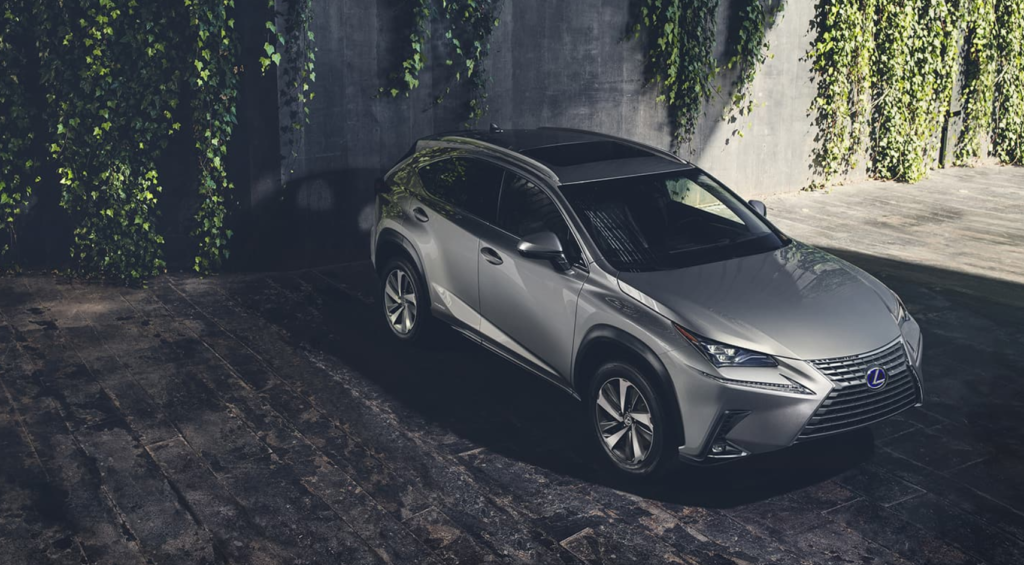