Inside the 2020 Honda CR-V: The Legend Continues

Jeeps are commonly seen traversing rugged trails. Subarus often bring the adventurous to their off-the-grid destination. But if there’s one thing we know about Hondas, it’s that you can see them almost anywhere. They’re just that versatile.

At the pinnacle of this adaptability is the CR-V. It’s consistently one of Honda’s best-selling nameplates (among many). Nestled between the HR-V and the Pilot, the CR-V finds that SUV sweet spot. You know, the one that allows it to be as great at grocery-getting as it is tackling those snow drifts come wintertime.

Honda’s 2020 stock of brand-new CR-Vs are arriving. We’ve put together a quick buyer’s guide on the subject for any interested buyers. Read on to see why (or why not) the 2020 CR-V is a vehicle you’d like to see in your garage.

Technically you can only purchase the 2020 CR-V with a gas-powered engine at the moment. However, a hybrid powertrain will be available sometime later this year. That being said, Honda’s 1.5-liter turbocharged inline-four-cylinder does make 190 horsepower and 179 lb-ft of torque. The 2.0-liter four-cylinder, which will be paired to a dual electric motor, is expected to make 212 horsepower combined, and 232 lb-ft of torque. Gas-powered motors will be paired with a continuously-variable transmission (CVT).

When properly equipped, the 2020 CR-V will have a towing limit of 1,500 pounds. Both front-wheel and all-wheel drive are available.

The 2020 Honda CR-V is available in four trims. Base LX models are succeeded by the EX, EX-L, and Touring variants. Here are some features you can expect to see on each trim level.

Priced around $25,000, the base model CR-V rides on 17-inch wheels. Cloth seating is complemented by automatic climate control, LED running lights, a backup camera, and Bluetooth. Honda’s Sensing Safety system is also included (jump down to our “Safety Features” section for more information). A four-speaker sound system, keyless entry, and five-inch center display screen round out the somewhat basic features on this model.

Looking for leather? Choose the EX-L, which does include leather seating, along with a power liftgate, a power passenger seat, a leather steering wheel, and an eight-speaker sound system. Other upgrades include HD radio, and an auto-dimming rearview mirror. This model stats at just over $30,000.

To gain access to all the bells and whistles, budget for at least $33,000. That chunk of change will buy you 19-inch wheels, LED headlights, rain-sensing wipers, and a navigation system. Further additions include a heated steering wheel, a hands-free tailgate, roof rails, and a dual chrome exhaust.

Honda offers the following colors on the 2020 CR-V.

The National Highway Traffic Safety Administration (NHTSA) awarded the 2020 CR-V five out of five stars in their Overall Front Star ratings. Given a “Good” rating by the Insurance Institute for Highway Safety (IIHS), the 2020 CR-V has quite a few safety features packed on-board. Let’s take a closer look at what those features are.

Front-wheel drive variants of the 2020 CR-V should clock in at 28 city and 34 highway EPA-estimated miles-per-gallon (MPG). According to the real-world testing by Consumer Reports, this is an accurate figure. Choose the all-wheel drive CR-V and you’ll only sacrifice 1 MPG in the city and 2 MPG on the highway.

As far as the hybrid powertrain goes, Honda is boasting quite high numbers. Motor1.com reports “an estimated rating of 42 miles per gallon in the city, which, if accurate, would make Honda’s hybrid crossover a single mpg more fuel efficient around town than the 41-mpg Toyota RAV4 Hybrid.” Honda will need to keep up with the hybrid movement if it wants to beat out Toyota, not to mention many other manufacturers that have integrated such a model into their lineups.

By competing in one of the toughest automotive segments, Honda has truly been able to hone what makes the CR-V such a great value. The “nation’s best-selling compact-crossover SUV” wrestles with brands like Subaru, Jeep, Toyota, Kia, Volvo, BMW, Audi, Nissan, Lexus, and many more. When compared to the rest, Kelly Blue Book points out that the 2020 CR-V “can’t match the performance of the turbocharged Ford Escape and Kia Sportage. (…) But the CR-V has never been about blistering speed.” There are plenty of faster — and more expensive — models out there. But that’s not Honda’s wheelhouse when it comes to the CR-V.

So what features are in the CR-V’s wheelhouse? Well, critics love the “clever storage,” “excellent second-row leg room,” and “affordable base trims.” Many recommend opting for the EX trim “for value and everyday usability,” among other things. And Edmunds’ experts admit “while you might find a rival small SUV does one thing better than the CR-V, no other small SUV offers a better overall combination of utility, fuel efficiency, comfort and performance.” That’s the potent package that keeps Honda buyers coming.

Which brings us to the few complaints the experts picked out. The lack of technological features on the base trim level ruffled some feathers, especially since Android Auto and Apple CarPlay aren’t standard across the board. The singular engine underwhelms many, leaving them wanting a performance alternative. Issues with the touchscreen caught up a few testers. Additionally, the rather utilitarian interior might strike some potential customers as cheap. That being said, the 2020 Honda CR-V does check quite a few boxes when it comes to the major characteristics buyers are looking for in a small-to-medium-sized SUV.

First available in 1997, the Honda CR-V certainly has taken the two decades between then and now to mature. There are plenty of useful available features that make spending money on the new 2020 CR-V worthwhile, from a variety of standpoints. The real question remains, though, does the CR-V fit your lifestyle? There’s a good chance it would. Check out a 2020 model at your local Honda dealership to find out. 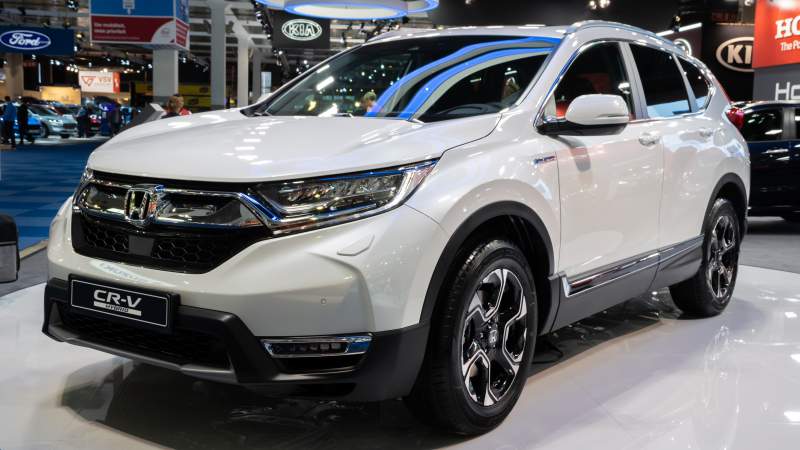