Ferrari Returns to the V-12 Powered Convertible (At Last)

With the 812 GTS, Ferrari is returning to the V12-powered convertible for the first time in four decades.

The last time Ferrari produced a V12 convertible was during the late 1970s. They have often hinted at limited-run productions of a new topless v12 over the ensuing 40 year. None of them ever materialized – until now.

The 812 GTS is a convertible version of the current 812 Superfast. Ferrari debuted the V12 convertible at the 2019 Frankfurt Motor Show. The first responses have been overwhelmingly positive, especially for the naturally aspirated 6.5-liter V12 engine. Ferrari claims it will hit 62 mph in less than three seconds.

This new convertible’s top speed is an impressive 211 miles per hour, propelled by a seven-speed dual-clutch transmission. Other noteworthy features of the 812 GTS include a new gas particulate filter and a start-stop system that keeps the engine in compliance with current environmental and emissions regulations.

As for the convertible top, Ferrari has opted to install a hardtop unit rather than a folding soft-top roof. The company said the hardtop allowed engineers to keep a larger trunk space, which is important to ensure room for golf bags and other luggage. The rear windshield is no more, replaced by a new pair of flying buttresses.

When the top is lowered, it will retract in 14 seconds at moving speeds of up to 28 mph. Ferrari purists will notice that an aero duct is missing from the convertible design. But the duct deletion has been overcome with a new aero flap placed in the rear diffusor.

The Ferrari 812 GTS is the fourth of five new cars the company is displaying in Frankfurt. There’s also the F8 Tributo, the SF90 Stradale, and the F8 Spider. What Ferrari has planned for the fifth car is still a mystery. It might be difficult for that fifth car to top the 812 GTS convertible, though.

Don’t get your hopes up of owning one of these hot new models. Ferrari has said it plans a limited production run on the convertible. Keep in mind that there is currently a three-year waiting list for the non-convertible 812 Superfast, which debuted nearly two years ago. While Ferrari has refused to say exactly how many 812 GTS convertibles it will produce, the company has said the production run will be “exclusive.” We’re sure that you can also add “expensive” to that too.

[Editor’s note: We know that’s not a convertible in the picture. We’ll update when those photos become available.] 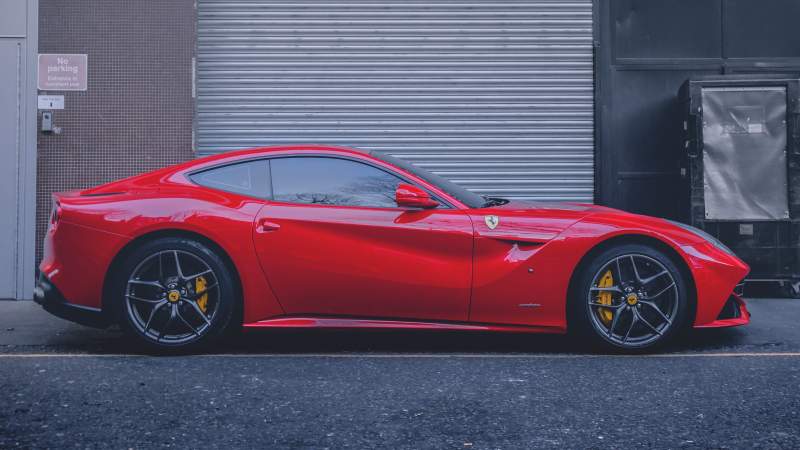