9 Things You Should Know About Self-Driving Vehicles

Self-driving vehicles are the future, and that future is fast approaching. Technology and automotive companies ranging from Google and Uber, Ford and Tesla are racing to bring autonomous vehicles to our streets. IHS Automotive estimates that, by 2035, there will be 76 million vehicles on the road with some level of self-driving technology in them.

By that same year, about 10% of all vehicles sold in the U.S. will be fully autonomous – meaning they will operate with no human involvement at the controls. Yes, the future of automatic robot cars is right around the corner. In fact, it’s already happening right before our very eyes. Here are nine things everyone should know about the self-driving vehicles that will soon be shuttling all of us around.

9. Self-Driving Vehicles Will Save Lives

The engineers and mathematicians at Ford Motor Co. have crunched the numbers and estimate that self-driving cars will dramatically reduce the number of fatal automobile accidents caused by human error. Ford estimates that autonomous vehicles could save 33,000 lives each year in the U.S. alone, and there could be up to a 90% reduction in traffic fatalities that saves 10 million lives worldwide, every decade. This is primarily because self-driving cars are deliberately programmed to be cautious (some analysts even say “timid”) on roads and freeways.

The cars generally drive the speed limit and always err on the side of caution in a potentially dangerous situation. The cars never respond to aggressive or threatening driving by other motorists, and most are programmed to pull over, stop, and wait until a threat to the car or its occupants is eliminated. Basically, a self-driving car can react quicker and isn’t prone to making a deadly mistake in the heat of the moment like human drivers can be.

Autonomous vehicles use an open platform to capture hyper-accurate mapping information from every vehicle on the road in real time. This requires a massive amount of data on a scale humans have never seen before. Fortunately, cloud-based computing is making it possible for self-driving cars to access and store this massive amount of data.

Automotive engineers say that the level of data coming back from all these vehicles will be gargantuan but not insurmountable. As we move forward, self-driving cars will use cloud-based communication to capture, store, and manage the incoming and outgoing data created by a growing fleet of autonomous vehicles on roads and highways. That should eventually lead to smoother and safer trips, with less accidents or traffic jams.

7. The Cost of Self-Driving Cars is Falling Fast

Current semi-autonomous technology prices are falling fast. Consumers can now buy a Honda Civic that’s capable of driving itself on highways for as low as $20,000. A low price point is what the automotive industry and governments around the world are banking on to drive adoption of self-driving vehicles. Very quickly, autonomous vehicles will cost as much as regular cars. Eventually, non-autonomous cars will barely even be an option.

6. Self-Driving Cars Are Not Perfect – Yet

While there is a lot of excitement building around self-driving cars, there are still a few kinks and quirks that need to be worked out. One of the biggest and most persistent issues with autonomous vehicles is that they have difficulty operating in bad weather – notably winter weather. Snow, ice, and cold temperatures cause significant problems for self-driving vehicles. While engineers continue to tinker and refine autonomous vehicles, many continue having difficulty navigating through blizzards and adjusting to winter road conditions.

This helps to explain why most testing of self-driving cars occurs in hot, dry climates such as California and Arizona. It also means that southern U.S. states are likely to see an influx of self-driving cars, long before northern states that deal with nasty winter weather — not to mention most of Canada. Adapting self-driving vehicles to extreme winter driving conditions is one example of how the technology still needs to be improved.

5. Governments Are Pouring Big Bucks Into Them

Governments around the world see big potential in autonomous vehicles as a means of saving lives and lowering insurance costs. As such, many governments are supporting the self-driving car industry with major investments. The U.S. federal government is investing $4 billion to fund driverless car research and infrastructure over the next decade.

In Canada, the federal government in Ottawa has spent money to help with a self-driving car research center being run by BlackBerry (the former smartphone maker) and helped to open a test track for self-driving cars. And in China, the government in Beijing has declared that it will help the country dominate the global market for autonomous vehicles. Indeed, China is forecast to account for 30% of all self-driving car sales by 2030, according to the Boston Consulting Group.

4. They Will Solve Several Problems Associated With Driving

We’ve already established that self-driving vehicles will help to eliminate human error and save lives on the roads. There are a number of other issues that have long been associated with bad driving that autonomous vehicles are expected to solve. These include drunk driving, texting while driving, fatigue, medical emergencies, and other ways of being distracted while at the wheel. Autonomous cars will even help prevent gridlock. Humans will eventually be merely passengers in self-driving cars, so they will be free to do as they please.

In the future, it won’t matter if a human occupant in a self-driving car is drunk or wants to talk on their phone. The technology still needs to get to the point where an attentive human is no longer requires, but eventually the car will be in complete control — not the person riding in it. Driverless cars are expected to result in less sudden braking and accelerating, and therefore traffic jams could soon become a thing of the past.

3. The Line Between Standard and Self-Driving Cars is Blurring

Fully driverless vehicles are not here yet. However, the line between standard cars and self-driving ones is blurring quickly. More automakers are already equipping their vehicles with the sensors, GPS, radar, and laser technologies that enable automation. A total of 10 million cars with self-driving features are expected to be on the roads by 2020, according to the National Highway Traffic Safety Association.

Automakers plan to build on these autonomous features – adding more of them gradually until vehicles become completely self-driving and essentially takeover for the driver. Right now, almost every jurisdiction that has approved self-driving cars still requires an “attentive driver” who is ready to take over manual control of the vehicle if necessary. Eventually, this might not be needed at all.

2. There Are Five Levels of Autonomous Vehicles

Did you know there are five levels of self-driving vehicles? They range from Level Zero to Level Four. Level Zero has no automation whatsoever (aka a normal, traditional car), while Level Four is a vehicle that turns a driver into a passenger. On the spectrum are function-specific features like automatic breaking, lane keeping, and cruise control – these are considered Level One. General Motors (and some other brands) now offers a Level Two feature—meaning at least two function-specific automations working together.

Many people are understandably skeptical of driverless vehicles and reluctant to cede control of their car to a computer. A 2018 poll by the Brookings Institute found that only 21 percent of respondents said they are willing to ride in a self-driving car. A total of 61 percent of poll respondents said they would avoid autonomous vehicles altogether. Yet the testing to date has shown that self-driving cars are, by and large, extremely safe and reliable.

In fact, all accidents involving Google’s driverless cars have been the result of human error, according to the company. The first reported accident involving an autonomous vehicle occurred because a human-driven car rear-ended a driverless one. That said, there have been exceptions. In 2018, one of Uber’s driverless cars struck and killed a pedestrian in Tempe, Arizona. Those types of fatal incidents make headlines that scare the public away from self-driving vehicles. However, all data shows they are still much less accident prone that cars driven by people. 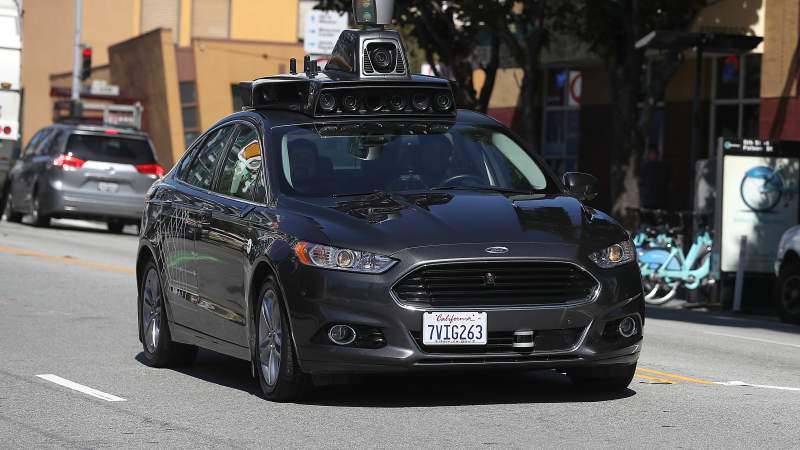