10 Sedans That Are Being Phased Out or Discontinued in 2019

Sedans look to be going the way of the horse drawn carriage. Citing dwindling sales, several major automakers have announced plans to do away with “traditional looking” cars and focus exclusively on better selling models like SUVs, crossovers, trucks, and sportier fare.

General Motors, Ford Motor Co. and Fiat Chrysler have all announced that they plan to stop production on several once popular cars. Ford has announced plans to save $25.5 billion by 2022 by canceling every single sedan it makes except for the historic Mustang (which is really more of a separate category anyway).

The big North American vehicle manufacturers say they have no choice but to cut production as passenger car sales have steadily declined – from 49% of total U.S. vehicle sales in 2012 to just 30% in 2018. Here is a list of 10 sedans that are being phased out in 2019.

The 4C Coupe was supposed to be Alfa Romeo’s introduction back into the U.S. market. And the 4C impressed critics with a gorgeous interior and exterior, responsive handling and overall great performance. A turbocharged four-cylinder engine that produces 237 horsepower propelled the lightweight 2,500-pound car to 60 miles per hour in only 4.2 seconds, further impressing the industry.

However, after three years of disappointing sales, the Alfa Romeo 4C Coupe has failed to deliver on the bottom line and is now being discontinued for good. Alfa Romeo has announced, though, that a convertible model will still be made for a few years, with some extra modifications.

The Chevy Cruze was a top-selling sedan model for close to ten years. At one point, the Cruze rivaled other best-selling compact cars like as the Honda Civic. By 2015, Chevrolet had sold more than 3.5 million units of the Cruze in the U.S. alone.

Unfortunately, the growing popularity of crossovers and SUVs led to sharp sales declines for the Cruze and the company has decided to kill off the once mighty compact vehicle. Chevy’s decision to axe the Cruze (and a handful of other models) comes with the hopes of saving upwards of $6 billion in costs. Unfortunately it also came with a 15 percent reduction in jobs across their North American plants.

Another vehicle that was once wildly popular is the Ford Fiesta. A big hit with millennials and city-dwellers, the compact Fiesta had a solid reputation as a reliable compact car. Sadly it has fallen victim to Ford’s recent anti-car agenda. And with dwindling sales to back up the decision, who can blame them?

The tiny hatchback received a facelift in 2013, and Ford also delivered a “ST” model that was popular with street racers. But now, after just seven years, the Fiesta is going the way of the Dodo bird. Buyers in Europe can still get their hands on it though as Ford will continue to make sedans overseas. For now, at least.

General Motors is no longer keen on sedans. The company is implementing factory changes and extensive retooling at its massive Technical Center in Warren, Michigan. As a result, the Cadillac ATS Sedan will no longer be made after 2019. GM still plans to make the ATS Coupe for a few more years, but the sedan model is history.

Like the aforementioned Cruze, the Chevy Volt made a major impact when it debuted in 2010. It was one of the first gas-electric hybrid vehicles of its type and saw strong sales in its first few years of production. Critics and the public loved this vehicle, and many people saw it’s early success as a definitive sign that the automotive industry needed to move towards a “green” future.

But after a second-generation refresh in 2016, and a record milestone of 100,000 models sold that same year, declining sales set in. The Volt is now seeing its plug pulled for good by General Motors, as entirely electric vehicles are slowly gaining ground. Get one of these hybrids before they become a museum relic.

Hard to believe, but Ford is even discontinuing the Taurus, one of its most iconic cars ever. The Taurus has been on the market for more than three decades and gone through five generations. Yet its illustrious history cannot save the Taurus from being discontinued by the bean counters at Ford.

Four consecutive years of declining sales (and only 38,000 models sold in the U.S. in 2018) have left this car on the corporate chopping block. Just another victim of the changing trends in society, as some buyers want smaller, more fuel efficient cars as oil prices soar, while others need something larger that fits a few children, some soccer gear, the groceries, the golf clubs, and maybe a beach umbrella.

North American automakers are not the only ones killing off sedans. Japanese manufacturer Toyota is getting in on the act too. One of the casualties is the iconic Corolla sedan, specifically the iM model. Like the iA version, the Toyota Corolla iM started out as a Scion product.

Now with a Toyota badge on its grill, the Corolla iM ends production to make way for the new and improved Corolla hatchback. Unfortunately, U.S. sales of the iM dropped off 11 percent 2018 — enough to convince Toyota to call it a day. The Auris-based iM made its North American debut in 2014 at the Los Angeles Auto Show but lasted only four years before being killed off to make way for the larger hatchback model that Toyota hopes is more appealing to buyers.

Here’s another classic sedan being thrown on the scrap heap. It may seem inconceivable that Ford would get rid of the Focus, one of its best-selling vehicles ever, but when they announced that it is killing off its entire car lineup (minus the Mustang), they apparently meant it. And the Focus, though beloved by many, was not spared.

After 2018, Ford will sell the Focus sedan in Europe exclusively. Originally, reports suggested that Ford would at least keep a rugged hatchback “Active” model alive in the U.S., but the company decided against it in the end. If you really want a Ford Focus after 2019, you’ll have to move overseas.

While the old Nissan 370Z coupe lives on (until 2020), its roadster cousin is getting canned. This year will be the last one for the 370Z Roadster, much to the chagrin of people who love sporty cars. While this is a sad fate for a car as cool as the 370Z, the reality is that Nissan hasn’t really upgraded the Roadster since the 2009 model edition.

At the New York Auto Show, Nissan unveiled a 50th-anniversary special edition for the Coupe edition but neglected the Roadster completely. A few weeks after the auto show, Nissan announced the Roadster is toast. While we admit that the 370Z isn’t exactly a traditional sedan (it’s more of a sports car), it makes our list because we are sad to see it go.

Say it ain’t so! The beloved Beetle is being killed off by Volkswagen. The Beetle has been around (on and off) since the 1940s (it was originally built by the German military during World War II), and has been the subject of movies (Herbie: The Love Bug) and online fan clubs the world over.

Despite its enduring popularity, Volkswagen is getting rid of the Beetle in the U.S. after 2019. While horribly sad, Volkswagen has announced plans to send the car off in style with a “Final Edition” model that is sure to become a collector’s item among car lovers everywhere. 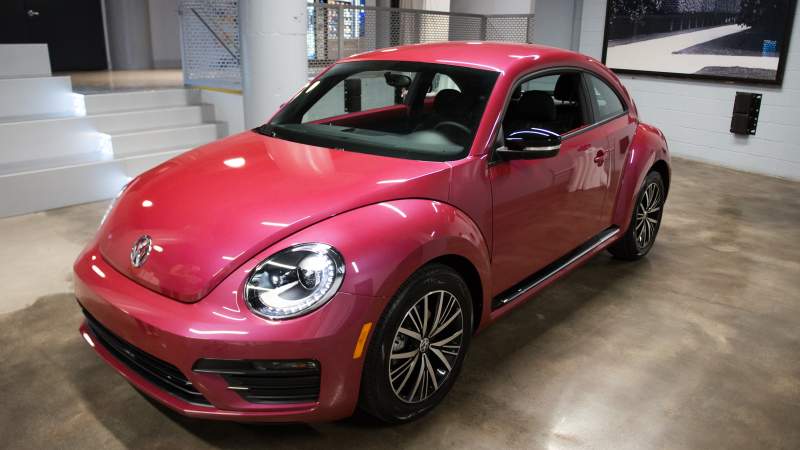