Which Tesla Is Right for You? A Comparison of Every Model

Deciding what Tesla to buy used to be easy. If you wanted a sedan, you opted for the Model S. If you needed a bit more space for people and cargo, you went for the Model X. In today’s world, you have a bit more choice. Tesla’s lineup has doubled in size, with the Model 3 and Model Y offering alternatives to the pricier and larger S and X.

Buying a Tesla isn’t as easy as it used to be, which is why we’ve compiled this lineup comparison. Continue reading to learn how the Model S, X, 3, and Y stack up in terms of range, performance, features, and price. We’ve omitted the Roadster and Cybertruck from this article, though. Those offerings are a bit more unique, so we’re going to stick to the Tesla model that most (but not all) drivers will want.

The Model X is also available in two trim levels, Long Range Plus and Performance. The road trip-friendly version of Tesla’s SUV can travel a max of 351 miles on a single charge. Those who opt for the Performance version will only be able to travel 305 miles before having to plug in.

The newest Tesla doesn’t offer much daylight between the max ranges of its two trims. The Long Range Plus can travel for 316 miles on a single charge and the Performance can go 315 miles.

According to a 2019 AAA study, the average American travels over 220 miles per week. That means even with conservative driving, the Model 3 Standard Range Plus can go a week between charges. It’s worth noting that Tesla offers free unlimited supercharging — the automaker has 1,870 supercharging stations spread across North America — on the Model S and Model X.

By now, everyone has seen at least one video of a Model S absolutely destroying a muscle car or expensive import at a drag strip. Elon Musk’s flagship sedan is quicker than ever, with even the Long Range Plus version offering a top speed of 155 mph and the ability to make 0-to-60 mph go by in 3.7 seconds. However, it’s the Performance trim that offers truly insane speed, with a 0-to-60 time of 2.3 seconds and a top speed of 163 mph. The Model S Performance is the quickest Tesla to 60 mph.

Nobody makes an SUV that’s quicker in a straight line than Tesla. The Model X Long Range Plus offers a top speed of 155 mph and can do 0-to-60 mph in 4.4 seconds. Those figures are both perfectly respectable, but they pale in comparison to what the Performance trim offers: 0-to-60 mph in 2.6 seconds and a top speed of 163 mph. For reference, that 0-to-60 time is faster than the Lamborghini Urus.

Like most Teslas, the Model Y defies performance expectations in its segment. In the top-spec Performance trim, the AWD crossover makes the 0-to-60 mph sprint in just 3.5 seconds and has a top speed of 145 mph. Both the Long Range Plus and Performance trims come standard with all-wheel drive.

There’s really no “boring” or “slow” Tesla. The entry-level Model 3 can still make do 0-to-60 in 5.3 seconds and hit a top speed of 140 mph. That said, the Performance trims are really something else. They are worth the money for anyone who wants the full Tesla experience. Or, you know, just the ability to smoke any car at a stoplight by simply engaging Ludicrous mode and stomping on the gas pedal. Those with a need for speed (and a matching budget) will want to consider the Model 3 and Model Y Performance. Both offer a free upgrade that increases top speed, lowers the suspension and adds performance brakes. On the Model 3, this upgrade also adds an additional “track” driving mode.

Every Model S comes standard with a 17-inch vertical touchscreen, heated seats (front and back), a heated steering wheel, and a wireless phone charger. Other notable features include a premium audio system and power-folding auto-dimming and heated side mirrors. The Model S offers seating for five and can hold 26.3 cubic feet of cargo in its trunk. The front trunk offers an additional 2.1 cubic feet of storage space. With the rear seats folded, the Model S offers about 60 cubic feet of storage space.

With the exception of its layout — the Model X can seat five, six, or seven people — and falcon wing doors, Tesla’s SUV offers an interior that’s nearly identical to that of the Model S. Although the tech and luxury features are the same, the Model X does offer more storage space. There is 80 cubic feet of storage space available with the back two rows of seats folded. It’s worth nothing, though, that this figure is reduced with the six-seat layout, as the second row captain’s chairs do not fold flat.

The Model 3 comes standard with a 15-inch horizontal touchscreen, 12-way power adjustable and heated front seats, and dual-zone climate control. Available features include a 14-speaker sound system, power folding and heated side mirrors, LED fog lamps, and rear heated seats. The Model 3 offers 15 cubic feet of storage space in its trunk and a foot or two extra in its front trunk. With the rear seats folded down max cargo volume balloons to 43.6 cubic feet.

Although it’s based on the Model 3, the Model Y comes with a few additional standard interior features, including a 14-speaker sound system, heated rear seats, and LED fog lamps. The Model Y comes standard with seating for five and is offered with an optional third-row that bumps the total number of seats to seven. With the back row(s) of seats folded, the Model Y can hold 66 cubic feet of cargo.

Tesla is pretty generous with the standard features. The one downside is that the automaker doesn’t offer any options packages or a la carte add-ons. This is only really an issue for those considering the Model 3, though, as the Model S, Y, and X all offer interior features that remain virtually unchanged between trim levels.

A quick note about pricing, which is a bit confusing at first. The prices on Tesla’s website include an estimated gas savings of $5,500 per year. The prices listed below are reflective of the actual MSRP and do not include the estimated gas savings or potential government tax credits. You may be able to get a tax credit for buying an electric car, but it varies based on your jurisdiction.

The good news is that if you care about range above all else, you don’t have to pay extra for it. The Model S Long Range Plus starts at $79,990. That’s a whole $20,000 cheaper than the Model S Performance. The Performance mode offers a higher top speed and the “Ludicrous” launch control mode, and also features a carbon fiber spoiler and what Tesla calls “enhanced interior styling.”

The Model X is Tesla’s most expensive car, with the top-tier Performance trim coming in at $104,990. The Model X Long Range Plus is the cheaper option by a wide margin with a starting price of $84,990. Like the Model S Performance, the Model X Performance also features enhanced interior styling and Ludicrous mode.

Technically, the Model 3 is the “entry-level” Tesla. When you do a price comparison to the other cars in the automaker’s lineup, that claim checks out. That said, it’s a bit difficult to consider a car with a base price of $39,990 as an entry-level model. That cash gets you a rear-wheel drive Model 3 Standard Range Plus. Those who want AWD, better performance, and more range should look toward the Long Range and Performance trims, which are priced at $48,990 and $56,990, respectively.

Despite being based on the Model 3 sedan, the Model Y offers only two trim levels: Long Range and Performance. The Long Range model starts at $52,990 and the Performance variant checks in at $60,990.

Unless you have a need for speed, the Long Range trims are the way to go. With the savings — $8,000 on the Model 3 and Model Y and $20,000 on the Model S and Model X — you can purchase the optional $7,000 “Full Self-Driving” package. It includes Autopilot enhanced features like the ability to self-park, automatically change lanes, and follow a route plugged into the car’s onboard navigation system.

Those savings can also be applied to changing the cabin configurations on the Model Y and Model X, both of which offer seating for five as standard. Optioning the Model Y with seating for seven, which Tesla says won’t be available until 2021, costs $3,000. On the Model X, the optional six-seat interior is priced at $6,500 and the seven-seat layout rings in at $3,500.

Whether you only want to spend $40,000 in order to “Go Green” or are willing to break six figures to have the coolest toy in your driveway, there’s a Tesla for you. The now-iconic electric vehicles have become a full-on pop culture status symbol. Owning a Tesla informs your neighbors that you’re staying ahead of the times, trying to protect the environment, and have enough spare cash to splurge. 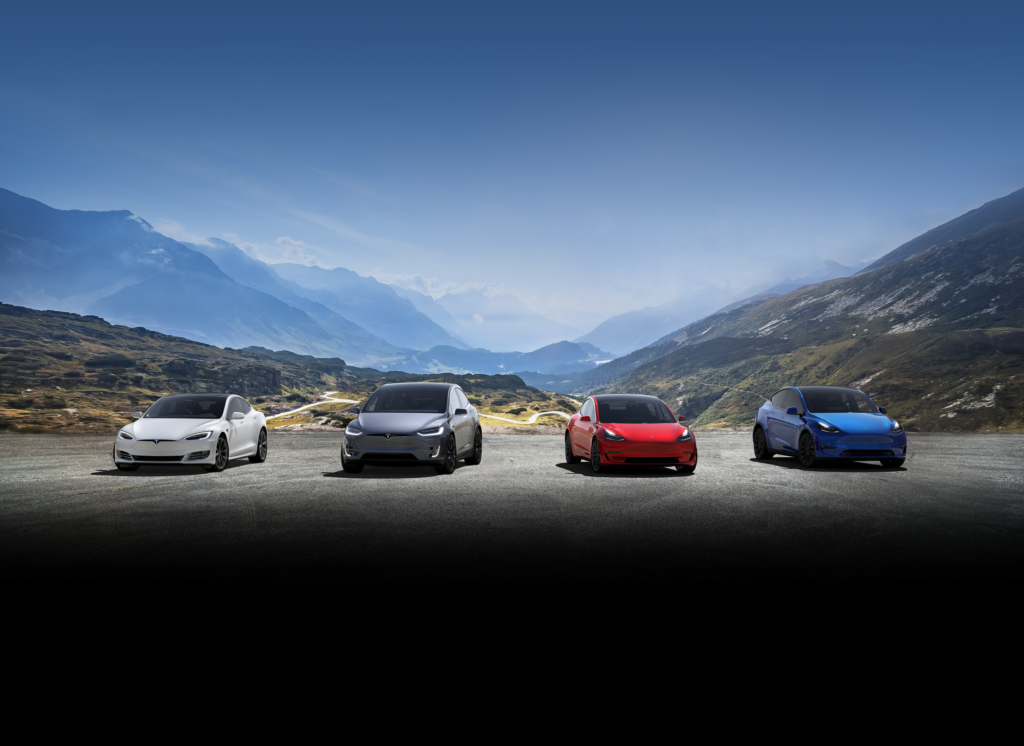