Alphabet’s Waymo (a division dedicated to autonomous car technologies) has formed a partnership with German automaker Daimler AG. The goal is to build a self-driving semi-truck and bring it to market in the near future.

The two companies are combining forces to create a fully autonomous Freightliner Cascadia truck. It will officialy be from Daimler, but equipped with the Waymo Driver functionality. Daimler continues to push the Freightliner truck in new directions. They shipped their first electric Freightliner semis to customers in the U.S. in late 2019.

Waymo Driver will provide SAE Level 4 self-driving capability to the future Freightliner Cascadia trucks. However, the collaboration may spill into other Daimler brands too, including Mercedes-Benz. Yes, you could see Waymo tech built into your new Benz at some point in the future.

Waymo, which is owned by Google parent company Alphabet, has stated publicly that they’re confident in the self-driving technology they are developing. So far, Waymo says its robo-driver technology has covered 20 million miles on public roads in 25 cities across the United States.

The technology has experienced another 15 billion miles in Waymo simulations. In those simulations, it can encounter tougher driving scenarios and adapt. The program can then take those lessons and use them in the real world.

Both Waymo and Daimler are independently working on self-driving trucks. Waymo had purchased a small fleet of Peterbilt trucks, which it has retrofitted with autonomous driving sensors and software. They are currently testing those trucks in Arizona, New Mexico, and Texas.

Meanwhile, Daimler has been working on its own self-driving big rig since 2015. It previously showed off a working prototype called the Freightliner Inspiration Truck. At the 2019 Consumer Electronics Show, Daimler showed off a production version of that original prototype truck. 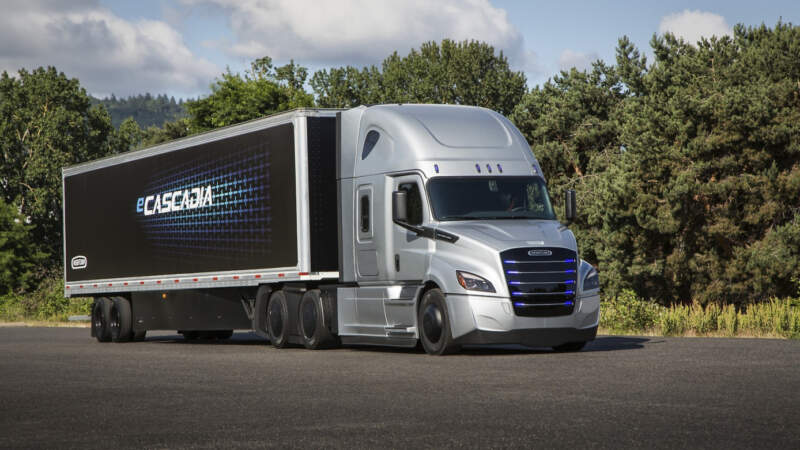