Volkswagen is saying “auf wiedersehen” to the Beetle, as production of the much beloved car ends this week.

German auto giant Volkswagen is halting production of the Beetle this week at its plant in Puebla, Mexico. It’s the end of an era for a vehicle that was first manufactured in 1938 and has a storied history.

First conceived by Germany’s then-Nazi government as an affordable car for the country’s working class, the Beetle went on to become a manufacturing success that symbolized Germany’s postwar rebuild and economic renaissance in the 1950s. In the 1960s, the Beetle became a counterculture symbol and the car of choice for hippies in the United States. Revived in the 1990s, the Beetle later became a popular vehicle among Generation X and people working in the technology industry.

The Beetle is considered a design masterpiece, as recognizable around the world as the Coca-Cola bottle and the iPod. The car was also immortalized in a series of movies made by Walt Disney, starting with the 1968 film The Love Bug, starring a VW Beetle named Herbie.

The Beetle was originally designed by Austrian engineer Ferdinand Porsche, who was hired to fulfill German dictator Adolf Hitler’s project for a “people’s car” that would spread auto ownership in Germany the way that the Ford Model T had in the U.S. However, mass production of the car was cancelled due to World War II. Instead, a massive new production plant built to make the Beetle outside Hanover turned out military vehicles using forced laborers from across Europe.

Production of the Beetle was re-launched after the war and, by 1955, the one millionth Beetle had rolled off the assembly line in the German town of Wolfsburg. The car caught the imagination of a younger American generation in the 1960s and by 1968, the U.S. accounted for 40-percent of all Beetles sold worldwide. American advertisements for the Beetle urged consumers to “think small.”

Manufacturing of the Beetle in Wolfsburg ended in 1978 as newer models such as the VW Golf took over. But the Beetle wasn’t dead. Production continued in Mexico. The “New Beetle,” a retro version built on a modified Golf platform, was first introduced in 1994 under then-Volkswagen CEO Ferdinand Piech, Ferdinand Porsche’s grandson. The relaunched Beetle is widely credited with kicking off a retro car explosion in the 1990s.

The “Final Edition” Beetles each have Volkswagen’s venerable 2.0-liter turbocharged engine that produces 174 horsepower and runs off a six-speed automatic transmission. The last of 5,961 Final Edition Beetles are headed for museums around the world after ceremonies are held in Puebla, Mexico on July 10th to officially mark the end of the car’s production.

Of course, the Beetle has been cancelled and revived a few times already, so who knows whether this is really the final run for the iconic (and adorable) bug. 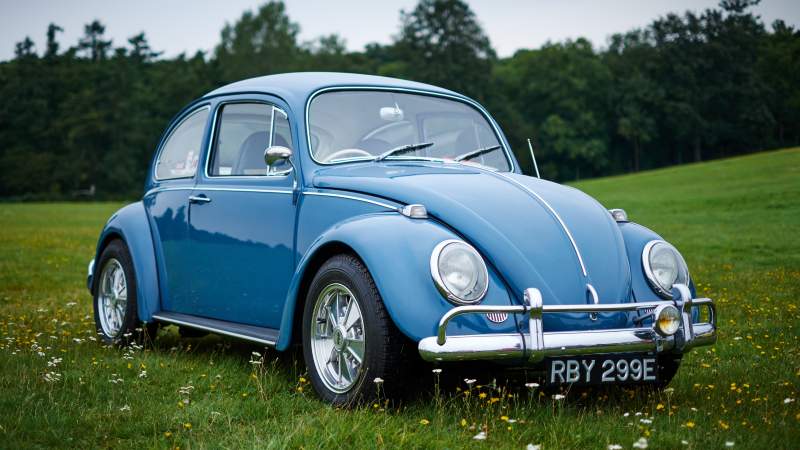