Uber Etiquette: The Dos and Don’ts of Being a Rideshare Passenger

With so many of us taking advantage of ride-sharing apps like Uber and Lyft to get from place to place, it’s easy to forget that these services are different than traditional taxi-cabs. Drivers have no training other than the standard driver’s license that’s mandated in the region, and their cars are their own — not rented or borrowed from a third-party service. This is why Uber and Lyft are often cheaper than taxis, but ridesharing comes with its own pros and cons. Today, we’re going to talk about Uber Etiquette- what we should and shouldn’t be doing when using these apps.

1. DO cancel quickly if you don’t need the ride

If you need to cancel your Uber for any reason, make sure to do it quickly. Uber will charge you a $5 cancellation fee if you cancel after a driver has accepted the fare. The time varies, though. In some cities, the cancellation charge applies after just two minutes, while in others it applies only after five minutes. Either way, it’s considerate to cancel as quickly as you can, to avoid the driver going out of their way for no reason. If you believe that you were charged the cancellation fee incorrectly, you can dispute it with Uber on their website.

When you call an Uber, you never know whether there’s a car close by, or whether it will take several minutes for the driver to arrive. This has led to many people ordering an Uber, then getting ready as the app scans for drivers in their area. In August 2017, Uber rolled out a by-the-minute waiting fee if riders make their driver wait for more than a few minutes.

While this has only been rolled out in some cities, and costs vary depending on the location, the truth is it’s horribly rude and inconvenient to your driver if you’re making them wait for you. You should only order the Uber when you’re ready to go, and then you wait from them to arrive.

3. DO tell the driver if you want a different route

All ride-sharing drivers are instructed to use the in-app directions for where to go. Depending on the app, they may not even be given your final destination until right before they drop you off. If you’d like for them to go a different route than the one the app has suggested, mention it right away, and ask if they’re willing to follow your directions.

Keep in mind that going off the route the app has automatically suggested may cost you more money than the original quote. Some drivers may feel more comfortable sticking with the app-suggested route, and you should respect their decision if they don’t want to deviate.

Everyone who is driving for a ridesharing company is driving their own car — the same one they use to get to work, or take their kids to dance or soccer practice. You should behave like a guest in their car, and refrain from eating or drinking unless you ask the driver’s permission first. Even a securely lidded cup can easily tilt out of your hand and spill everywhere.

If the mess is substantial, the driver can apply to charge your account a fee of anywhere between $20 and $150, depending on the level of clean up that’s required. That’s a hefty charge that you don’t want, nor would you want to the hassle of trying to dispute it with the company itself. And you should never, ever smoke in an Uber.

5. DO speak up if you’re uncomfortable

If your driver does anything to make you uncomfortable, even if it’s just the temperature of the car, be sure to speak up. This includes times where you feel like the driving is being unsafe, driving too fast, or taking you off the recommended route. Drivers should always have a hands-free device for their phone, and should never be doing anything to take their attention off the road.

There are mechanisms within the app to ensure your safety, but usually issues can be resolved quickly through positive, assertive communication. If there was a major issue with your driver — if they made you feel unsafe or in danger at any time — you can sign in to your Uber account on the website, and request that they investigate the incident.

6. DON’T touch anything on the dashboard without permission

According to Uber and Lyft drivers, one of the things that annoys them the most is when passengers sit in the front seat and touch their dashboard without permission. Even if you think you know how the car works, it’s not your vehicle. Instead of reaching for the dashboard, ask the driver to adjust the temperature if you’re too hot or cold.

You should also ask their permission before turning on music, either on the car speakers or on your own phone. Sometimes drivers find music distracting, and it’s best to ask first before you change anything that could compromise the safety of your ride.

7. DO help with the luggage if necessary

If you happen to be traveling with luggage or a large personal item, you should follow the driver’s example when it comes time to load it into the car. Unlike taxi drivers, Uber and Lyft drivers aren’t paid an extra fee for loading luggage, and often some of them are not physically able to lift gigantic loads.

When the driver pulls up, ask where they would prefer to store the luggage, and prepare to put it in yourself. If they offer to lift it for you, you can accept their help, but don’t assume that they’ll do it for you. If your driver is extremely helpful with luggage, it’s polite to give them a tip to acknowledge their assistance.

8. DON’T forget to tip your driver

Tipping is one of the most complex etiquette questions when it comes to ride-sharing apps. It is confusing too. When Uber first launched in 2012, there was no option for tipping. At the time, developers thought that it would slow down trips, and wanted to keep the app as streamlined as possible.

Five years later, Uber caved to public pressure and added a tipping option, but they didn’t publicize it well, which confused some users who were used to paying one all-in price. Lyft has always had a tipping option, but people sometimes didn’t use it, because after years of using Uber, they weren’t accustomed to tipping drivers.

Today, we’re here to clear up this confusion: it is always good to tip your drivers. Yes, it isn’t mandatory, just like it’s technically not mandatory to tip your restaurant server. But it is expected. You should tip somewhere between 10 and 20% of the overall cost, depending on the level of service you received. If your driver has gone out of their way to provide amenities like bottled water in their backseat, it’s polite for your tip to reflect this service.

When you’re tipping your driver, you should also leave them a 5-star rating unless there are any major issues. Drivers rely on their ratings to keep their job. If their rating drops below 4.7 out of 5, they could be immediately removed from the app with very little ability to appeal.

In many places, you have to have a rating of 4.8/5 to drive for the more elite services like Uber Black, which is one of the few ways that drivers can increase their take-home pay. Unless there’s been an issue with the service that you feel your driver needs to improve, there’s no reason not to give someone a 5-star rating. Remember, a perfectly uneventful but adequate ride with no special treatment is still worthy of a perfect rating. All it does it hurt their livelihood if you somehow think differently.

10. DON’T leave anything behind

Before you leave the vehicle, make sure to do a visual scan for any items you may have left behind. It’s extremely easy for a phone to slide out of a pocket, and remain on the seat after you’ve left the car. If you think you left something in a car, you can use your app to request that Uber connect you with the driver’s personal phone number. 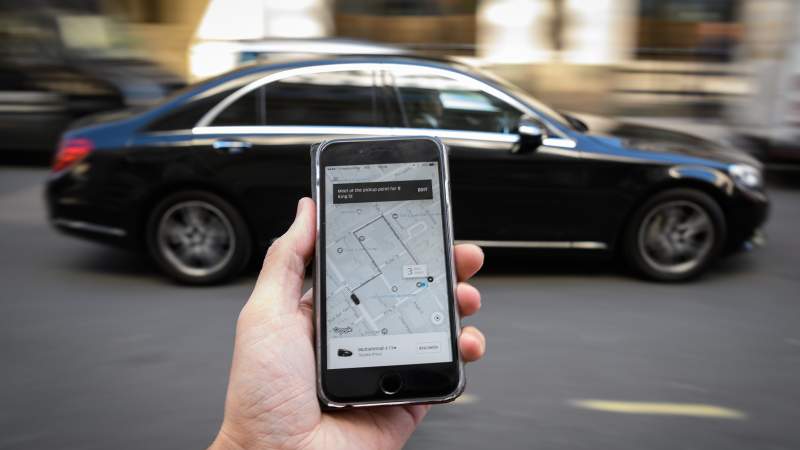 10 Tips for Buying a Used Motorcycle