The MINI Cooper is an iconic vehicle that continues to delight owners with its sporty exterior, cute design, and go-cart-like handling. More than just a simple compact car however, the 2018 MINI Cooper is available in several trims and versions, each with their own unique offerings.

The MINI Countryman is offered in many trims, including the Cooper, Cooper ALL4, Cooper S, Cooper S ALL4, the John Cooper Works ALL4 model, and finally the Cooper S E ALL4, which is MINI’s first plug-in hybrid available. These models range from $26,900 to $36,900. The “ALL4” designation, as you may have guessed, denotes an all-wheel-drive-capable model.

As you can see, there are quite a lot of options out there. For the purposes of this article, we’ll focus on the two-door and four-door models to make things a bit simpler. MINI Cooper two-door models start out at $21,900, with four-door versions beginning at only $1,000 more.

There are three engine options available for the MINI Cooper, excluding the hybrid powertrain of course, which is only available in the Countryman body style. All MINI engines, however, are turbocharged. Base models receive a 1.5-liter three-cylinder engine capable of 134 horsepower and 162 lb-ft of torque.

MINIs can be purchased in any of the following colors, dependent on the trim level you choose: 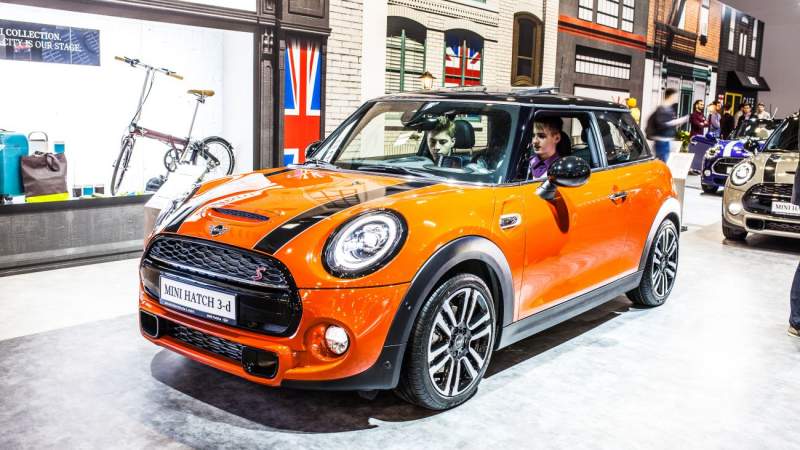 According to Kelley Blue Book, the NHTSA awarded the 2018 MINI Cooper four out of five stars for all safety tests. Considering the MINI can be compared to models like FIAT, the Benz smart car, and Mazda’s Miata, you’re probably going to lose in a fight against anything more substantial than a mid-size sedan, but most manufacturers double up on already-intensive safety measures to compensate.

Customers looking into the MINI Cooper two-door model can choose from the following:

There are also many additional accessories for the MINI Cooper. Customers can choose between a black or a white stripe down the bonnet, for an additional $100. There are also many different wheel options available, from your typical silver alloys to blacked-out spokes. Roof rails are an additional $250, and the options stack up from there. Edmunds reports customers can choose the Premium package, which includes a 12-speaker Harman Kardon audio system, the Sport package, the Technology package that focuses on driver-assisting features, the Fully-Loaded package which combines all three, and finally the Cold Weather package with heated front seats.

How the 2018 MINI Cooper Stacks Up

Consumer Reports commends the third-generation MINI Cooper for its ability to better isolate noise, but experts at Kelley Blue Book still noticed road noise when getting the MINI up to speed. All the same, you may not notice the rumble of the road beneath you as you flick the MINI’s shifter while cruising around town. Most, if not all, reviewers loved the handling and responsiveness of the turbo MINI engines, even Kelley Blue Book ranked it 11th in horsepower capabilities.

With a smaller vehicle, however, comes a tinier cabin. U.S. News praised the interior styling of this year’s MINI, which is pretty good for a car that saw its last redesign nearly five years ago. They did notice though that the back seat, in both two-door and four-door models, is a bit cramped and the handling presents a stiffer ride than most. All the same, if you’re buying a MINI to cart all your groceries home, you’re probably the same person that tries to fit into the 15-items-or-less line with a full basket.

Edmunds experts had a lot of wonderful things to say about the technology and standard features on the 2018 MINI Cooper, from the multitude of customization options to the now-standard rearview camera and rear parking sensors. If the MINI wasn’t easy enough to park already, parallel parking just got better. 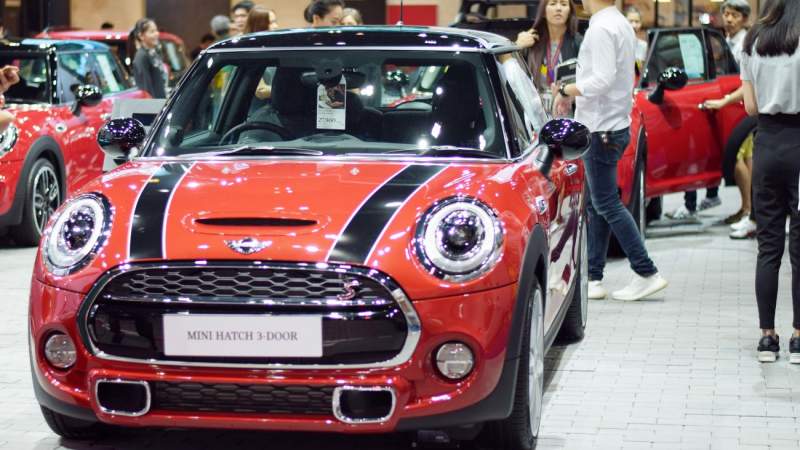