Tesla’s Model Y is Really Taking Off in China

Tesla’s Model Y is already selling well in China. The electric SUV only saw its first deliveries in the country less than three months ago. Despite the short timeframe, the Model Y was the third best-selling EV in China in February. It sold 4,630 units sold, according to data released by the China Passenger Car Association. Taking January into account, the data showed the Model Y was the ninth-best seller among EVs so far this year.

Tesla announced on New Year’s Day that its China-made Model Y would begin deliveries at a price 30% lower than initially planned. The Model Y sold well, despite the fact that Chinese car typically fall during the week-long Lunar New Year celebration that occurs in mid-February.

Nationwide, car sales in China fell 45.5% in February from January. For the first two months of 2021, nearly 3.34 million passenger cars have been sold in China. Electric vehicles accounting for 7.5% of total sales. That’s a significantly larger portion compared to North America, where EVs make up less than 3% of sales.

How Others Are Doing (Plus the Model 3)

First place in vehicle sales went to the Hongguang Mini. It’s a low-cost miniature EV developed by General Motors, in a joint venture with Wuling Motors and state-owned SAIC Motor.

Tesla’s Model 3 sedan, which was the bestselling EV in China during 2020, ranked second for February sales. If you include January, it’s the best selling EV in China so far this year. In third place was BYD’s luxury Han sedan. The vehicle, which comes in both electric and gas/electric hybrid models, has surged in popularity since its launch last summer. 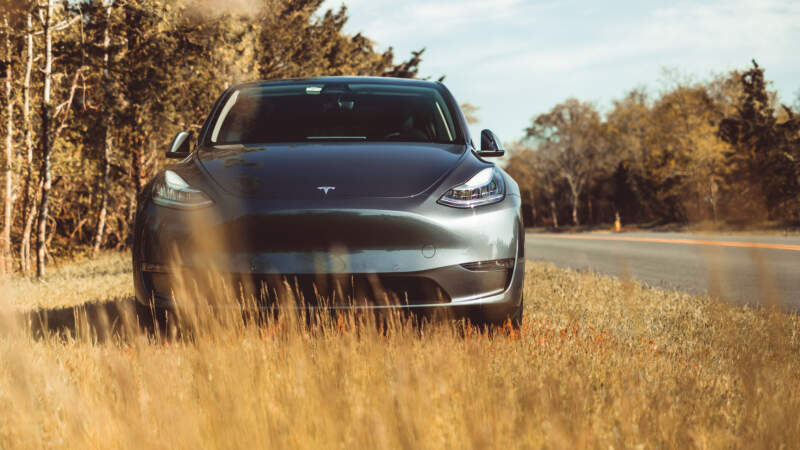