Tesla has reported a fifth consecutive quarter of profits.

The electric vehicle manufacturer beat analysts’ estimates, saying they remain on track to deliver 500,000 cars in 2020. That number is impressive, considering weaker sales across the broader auto industry.

The earnings streak could add momentum for Tesla’s inclusion in the S&P 500 stock market index. It also somewhat defies a downbeat trend among other automakers’ stock values, which are struggling to overcome a pandemic-induced slump. The Palo Alto, California-based company reported third-quarter profit of 76 cents a share on an adjusted basis. That surpassed the consensus estimate of 55 cents a share.

Tesla’s revenue rose to a better-than-expected $8.8 billion in the third quarter, even as sales of regulatory credits to other automakers fell to $397 million. That was down from $428 million in the second quarter. Tesla stock rose as much as 4.5% in aftermarket trading after the announcement, closing at $422.64. The stock is up 405% year-to-date.

Ahead of its third-quarter earnings results, Tesla reported earlier this month that it had sold a record 139,300 vehicles last quarter. That was an increase of more than 40% over last year.

Tesla reaffirmed that it would meet its goal of delivering half a million cars worldwide this year. The company needs to deliver more than 181,000 cars in the last three months of the year to hit that mark. It would be a 30% jump over the previous quarter, if they succeed.

Tesla’s third-quarter results also come just weeks following the company’s inaugural Battery Day in late September. At that event, Chief Executive Officer Elon Musk laid out a path for the company to begin manufacturing its own “tabless” batteries. They will improve the range and power of Tesla models, eventually helping the company launch a full electric model for just $25,000. 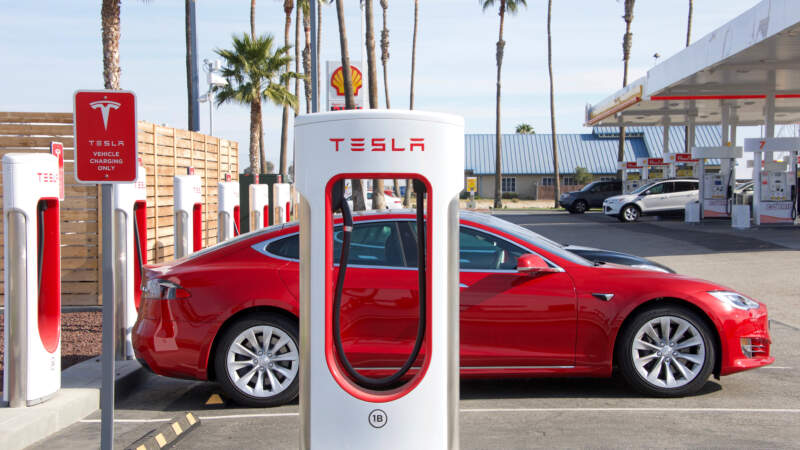