Previously, the starting price for Model 3 sedans made in Tesla’s Shanghai factory was about US$40,000 after various subsidies. That’s for the standard range model. This is the third time this year the Palo Alto-based company has cut the price of its Model 3. Prices were also dropped slightly in January and April.

Standard range Model 3 sedans will now come with lithium iron phosphate batteries. They are cheaper than the nickel-cobalt-manganese batteries previously used. Tesla CEO Elon Musk has tweeted his intent to reduce his company’s reliance on cobalt in batteries. He has promised that the next generation of batteries “will use none.”

The new battery has a cheaper mix of raw materials. It could help Tesla compete with domestic and international rivals that are flooding the Chinese market with electric cars.

The vehicles produced at Tesla’s Shanghai plant have so far used nickel-cobalt batteries made by Panasonic and LG Chem. Cobalt is expensive, since about half of the world’s supply comes from the Democratic Republic of Congo. That country suffers from long-standing corruption and governance issues, compounded by the use of child labor in mining.

Tesla started to deliver cars from its Shanghai factory last December, helping it save on shipping costs and tariffs for imported EVs. They sold more than 11,000 vehicles in August in China, mostly Model 3 sedans. China, it’s worth noting, it the world’s largest car market.

Tesla is also building new car manufacturing capacity for its Model Y SUV in Shanghai. They expects to start delivering those electric SUVs in 2021. 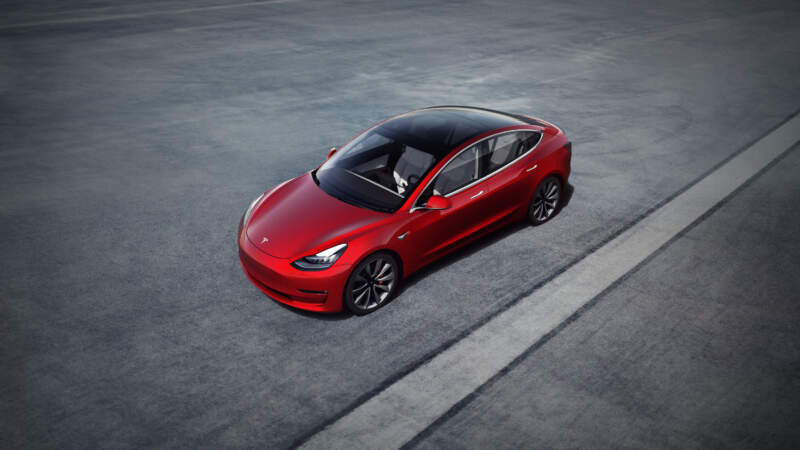