Shares of high-flying electric carmaker Tesla Inc. are about to become more affordable.

The California-based company run by Elon Musk announced this week that it will split its stock in a 5-for-1 exchange. It’s a move designed to make the share price less expensive for individual investors. Tesla already became the world’s most valuable automaker earlier this year.

On August 21, every shareholder will receive four additional shares of common stock for each share they own. Trading of Tesla stock will begin on a split-adjusted basis on August 31.

The stock split comes as Tesla’s share price surged in recent months. It has pushed the company’s value up to $256 billion. That surpassed the value of other major auto companies like Ford, Toyota, and even Volkswagen.

With Tesla’s stock price as high as $1,643 in recent weeks, the shares are beyond the reach of many smaller investors. Analysts have praised the stock split as a timely decision to capitalize on Tesla’s stock price surge. Shares had been trading as low as $350 a share just five months ago.

Tesla’s move follows a similar stock split announced by Apple. The iPhone maker announced a 4-for-1 stock split after the close of trading on July 30. Retail traders have piled into the stock in the past two weeks, betting on further gains.

Tesla has recently been a favorite stock of day traders and other retail investors. They have helped boost the share price to record highs. At one point last month, nearly 40,000 Robinhood account holders added Tesla shares during a four-hour period.

However, Tesla’s stock has also been the target of short sellers. They are betting that the company is overvalued. If they are right, the share price is due for a sharp correction. Naysayers note that Tesla manufactures only a fraction of the vehicles made by rivals such as Ford and Toyota. Tesla stock is often one of the most shorted stocks in the market.

The short selling has not held Tesla back, though. In aftermarket trading on Tuesday, Tesla’s stock price rose as much as 8.4% to $1,490 a share on news of the upcoming share split. 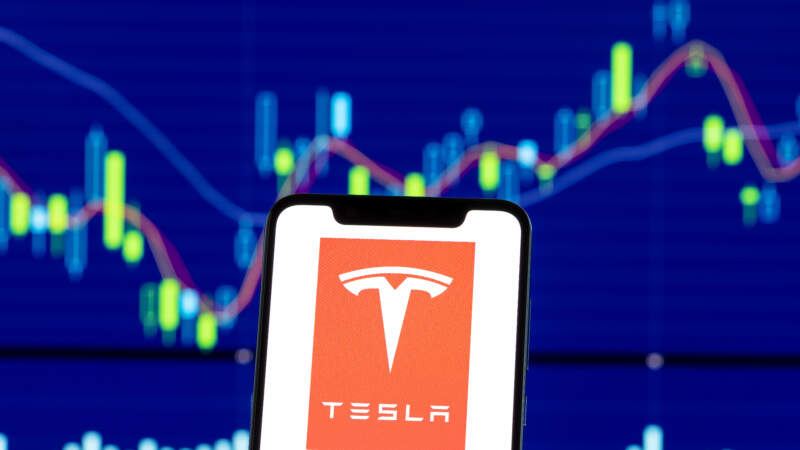