Porsche isn’t a name you’d traditionally associate with 4 doors and abundant cargo space. However, those boundaries increased along with the addition of the Macan and the Cayenne, the only SUV pair in this German family.

And the 2019 Porsche Cayenne is a standout SUV. With a blend of style and sporty capabilities, this is one SUV you won’t want to rule out.

The 2019 Porsche Cayenne can be purchased in the following colors:

Though safety ratings are not yet available for the 2019 Porsche Cayenne, Consumer Reports notes that forward collision warning and automatic emergency braking are standard on all 2019 models. Optional are a 360-degree surround-view camera system, along with blind spot warning. Let’s take a closer look at the trim options available on the 2019 Cayenne for more information.

The base Cayenne is powered by a 335-horsepower turbo V6 mated to an all-wheel drive 8-speed automatic transmission. Starting around $66,000, the base model sits on 19-inch wheels and includes a 12.4-inch touchscreen, an auto start-stop function, LED headlights and taillights, a remote start feature, SiriusXM, and Voice Control. While the Cayenne isn’t necessarily “push button” start, it does feature a key-shaped knob that turns to start the car when the actual key fob is present. Customers can tow up to 7,700 pounds with all 2019 Cayenne models. A dual-zone climate control system and partial leather or full leather seats round out this trim, although sport seats are an optional upgrade.

Those who purchase the Cayenne S will receive a smaller but more-capable engine, with 434 horsepower at its best, along with a panoramic moonroof. It’s only in the Cayenne Turbo that drivers will enjoy the twin-turbo V8 engine capable of 541 horsepower and 568 lb-ft of torque. This model rides on 21-inch wheels and includes a 14-speaker sound system, Bluetooth, ParkAssist—both front and rear—and a heated steering wheel. This pretty Turbo model will cost you just over $120,000. Porsche even offers a “green” model, the Cayenne E-Hybrid, which begins around $80,000.

Packages on the 2019 Porsche Cayenne include Premium, which features the Porsche Dynamic Light System, a panoramic roof, power steering plus, heated seats, the 14-speaker BOSE sound system, and Lane Change Assist. The Premium Plus packages offers customers a 4-zone climate control and heated and ventilated front and rear seats. There are many exterior customization options on the 2019 Porsche Cayenne as well, with upgrades like carbon fiber design, sportdesign, and sportdesign front fascia.

Though the 2019 Porsche Cayenne has not yet been rated in terms of fuel economy, we can take a look back at the previous year’s model for a rough estimate. The E-Hybrid 3.0-liter engine pairing was supercharged for 2018 and achieved a 22 EPA-estimated MPG rating combined or a 47 MPGe when driven in pure electric mode. Given the V8 one year past was 0.8 liters larger and ranked in at 14 city and 21 highway MPG, a smaller engine in the 2019 model will be more efficient.

How the 2019 Porsche Cayenne Compares

Though only in its third generation, the Porsche Cayenne is a strong SUV. Bringing a sense of style to the all-wheel drive, third-row-seat ring, the 2019 Cayenne might resemble past generations with a glance, but a second, more detailed look reveals a sleeker, more modern design structure..

The Cayenne sports painted brake calipers that are as much a part of the Porsche image as the sloped nose and rather large hips the marque is known for. Kelley Blue Book gives the manufacturer props for being “the first automaker to introduce an active rear spoiler to the segment.”

Continuing with this mountain of praise, Edmunds enjoyed the Cayenne’s “exquisite interior and build quality.” While most Porsche sports cars are known for microscopic rear seating, the Cayenne does a great job of offering rear passengers enough room to stretch.

Consumer Reports did put in a word about the stop-start feature: “jolting.” For those not used to the procedure, it might seem as if the car has suddenly died as soon as you come to a stop at a red light, even though it fires back to life as soon as the brake pedal lifts. All in the name of efficiency, of course.

When compared to similar vehicles in the segment, the 2019 Porsche Cayenne wins some and loses some. If you’re in the market for a simple SUV to get you and your outdoor gear around, we’d recommend the Honda CR-V or Pilot, the Toyota Highlander or Land Cruiser, any of the Jeep models, or the Subaru Outback or Ascent. But while these models exist at a lower price point, they don’t necessarily offer the luxury an Audi, Mercedes-Benz, BMW, or Porsche could.

At the end of the competition, Porsche depends on its reputation for high-end interior materials, sporty yet classy exterior designs, and of course the signature powerplant hidden beneath a smooth, painted bonnet.

The 2019 Porsche Cayenne isn’t an SUV for the masses. However, it does well to represent the Porsche name in the segment, delivering both style and class. Whether you’re a die-hard fan, a sportscar enthusiast, or just enjoy the Porsche experience, the Cayenne might just be the model for you. 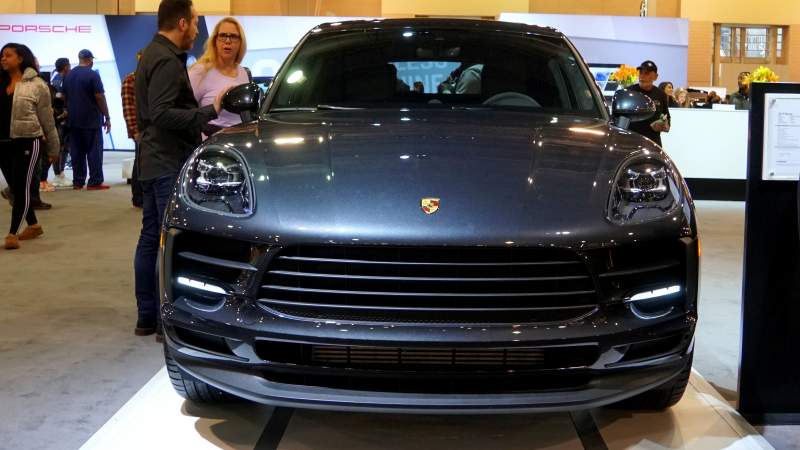