With the ID.4, Volkswagen is bringing its first fully electric vehicle to the U.S. market. An electric SUV, the ID.4 arrives with plenty of hype. It’s the first in a line of electric vehicles that Volkswagen plans to bring stateside. The company claims that the ID.4 will be able to drive up to 250 miles between charges. On top of that, its handsome styling should make it an appealing EV for the masses. At first, all ID.4 models will only offer rear-wheel drive. However, all-wheel drive models are expected to join the line-up later this year. If AWD is important to you, you might want to skip early adopting. If not, the ID.4 is now available in showrooms across North America. Let’s take a closer look at the all-new ID.4.

The ID.4 is a smart and sturdy looking SUV. It has four doors, rounded corners, oversized wheel wells and tires, and a prominent grille. The attractive exterior style has been singled out by critics in their reviews. Many analysts say the smart design will be a key factor in attracting consumers to Volkswagen’s first electric SUV. It’s certainly hard to disagree with that. The ID.4 presents a sleek, simple, and sophisticated curb appeal. It’s perfectly in line with the utilitarian approach that VW takes for the rest of their lineup too.

Equally important to the ID.4’s success will be the performance of the battery-powered engine. As mentioned, all-wheel drive models will eventually be a part of the ID.4 line-up. However, the ID.4 first arrives with a single-motor rear-wheel drive engine. The rear-mounted motor produces 201 horsepower. The dual-motor all-wheel drive model will crank out 302 horsepower, when it arrives. Regenerative braking is being used to recapture energy when slowing the vehicle. The ID.4 is even capable of towing an impressive 2,700 pounds.

In terms of battery, recharging, and range, Volkswagen says the ID.4’s 82 kWh battery pack holds enough juice to power the SUV up to 250 miles between charges. That puts it on par with other electric SUVs like the Hyundai Kona and the Kia Niro. Unfortunately, the ID.4’s range still trails the 316-mile range of Tesla’s Model Y. The ID.4 battery can be charged at home on 110- or 240-volt connections, but is also compatible with DC fast charging.

The ID.4 comes in three trimlines. However, they are not given the traditional Volkswagen labels of S, SE, and SEL. Instead the ID.4 comes in the Pro, 1st Edition, and Pro S trims. The base model is priced around $40,000 and should appeal to value conscious consumers. The ID.4 Pro model is pretty loaded, with a large 10.0-inch infotainment display, a panoramic sunroof, a power-operated rear liftgate, and 20-inch wheels, among other features. The ID.4 trimlines and prices are as follows. Check out VW’s website for more information about the different features available on each version.

When it comes to the interior, the ID.4 is a bit understated. The SUV arrives with an interior that is less flashy than the initial concepts led people to believe. Still, the ID.4 features a retractable steering wheel and sliding rear doors. It has a contemporary design complete with ambient lighting and ample cargo space. While a bit muted, the interior is nevertheless uncluttered and clean looking. Cloth seats come standard but faux-leather upholstery (along with 12-way power adjustable front seats with massage and memory functionality) can be added for extra money.

The ID.4 is loaded with technology. A standard 10.0-inch infotainment touchscreen can be upgraded to a larger 12.0-inch display. Navigation comes standard, with popular smartphone connectivity features such as Apple CarPlay and Android Auto. All ID.4 models also come with a 5.3-inch reconfigurable digital gauge display and voice recognition functions.

As for safety features, the ID.4 has not yet been crash-tested by the National Highway Traffic Safety Administration (NHTSA) or the Insurance Institute for Highway Safety (IIHS). However, the ID.4 comes with numerous standard driver-assistance and safety features, including automated emergency braking with pedestrian detection, lane-departure warning with lane-keeping assist and adaptive cruise control with semi-autonomous driving mode.

The EPA rates the ID.4’s fuel economy at 104 miles per gallon equivalent (MPGe) in the city and 89 MPGe when driven on a highway. Those numbers are comparable to other electric SUVs that compete with the ID.4. With no other engine configurations (and the AWD model not here yet), the ID.4’s mileage numbers are simple and straightforward.

In many respects, the ID.4 is Volkswagen’s first shot in the EV wars that are shaping up around the world. As automakers large and small race to replace gasoline-powered vehicles with new battery-powered electric models, the competition is only going to intensify in coming years. Amidst the melee, the ID.4 stands out so far. With decent battery range, strong performance, and a smart exterior, VW’s new electric SUV should appeal to anyone looking to move away from fossil fuels. The affordable price should also help spur sales and maintain Volkswagen’s reputation for producing the “people’s car.” 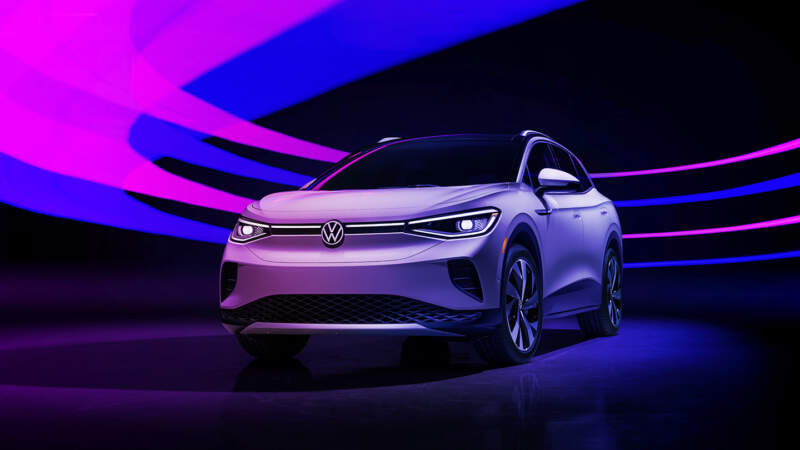