Inside the 2021 Porsche Macan: Power and Luxury In One Package

Why mess with perfection? This must be what the engineers at Porsche thought when it came to the 2021 Macan, the luxury carmaker’s signature crossover SUV. After all, barely any changes have been made to the Macan for the 2021 model year. In fact, the only significant change is the addition of Apple CarPlay as a standard feature. Beyond that one addition, Porsche has kept the Macan basically the same in its newest version. Not that that’s a bad thing.

The 2021 Macan retains the refined chassis, turbocharged engine, and luxurious cabin that have led critics to gush with praise. The newest reviews say that the Macan retains its powerful performance and that the overall driving experience remains exceptional. So much so, that the Macan has ended up on several “Best of 2021” lists. Let’s take a closer look at what makes the 2021 Macan such a special vehicle.

As mentioned, there have been literally no changes to the Macan for 2021. This goes for the exterior, as well as the interior. However, the Macan remains a smart looking crossover. It’s sleek and sophisticated while also being relatively small and compact. The smooth sloping hood, oversized grille, and enlarged tires make it clear that the Macan is a Porsche, through and through. While it’s technically a crossover, this Porsche is absolutely built for performance — with a touch of style.

The Macan wouldn’t truly be part of the Porsche family without a superior engine under the hood. The 2021 model continues the Macan’s tradition of offering a powerful engine and superior handling. There are a few different engine options, depending on your desired trimline.

The base model Macan comes with a 2.0L turbocharged inline 4 engine that can produce 348 horsepower. The result is a Macan that goes from 0-to-60 mph in an impressive 6.3seconds. (That’s faster than competing vehicles like the Audi SQ5 and Jaguar F-Pace S.) The Macan S gets an upgrade to a 3.0L turbocharged V6 powerplant. It cranks out 348 hp and does the 0-to-60 sprint in 5.1 seconds.

Beyond the surging engine, the 2021 Macan delivers an exceptionally smooth ride that is quiet and controlled. In particular, the Macan’s handling around corners has been singled out for praise by critics. They note that the crossover’s steering is even lighter than Porsche’s sports cars.

The 2021 Macan comes in four trimlines. They start at $52,100 for the regular Macan and range all the way up to $84,600 for the top of the line Turbo model. In between are the Macan S and Macan GTS models, priced at $60,200 and $72,100. The largest differences between each model is the engine and power options. However, there are some smaller upgrades worth mentioning too

The Macan S provides a noticeable improvement in performance and comes with standard features such as a 10.9-inch touchscreen infotainment system, ten-speaker audio system, and LED headlights. The high-end GTS comes with more premium features such as heated front and rear seats, auto-dimming mirrors, adaptive headlights, and an upgraded 14-speaker audio system. Additional upgrades and customization options are available for more money. Unfortunately, the various upgrades can quickly add up and blow a budget. Be careful about which Macan enhancements you choose.

Beyond the engine, the Macan’s interior is what truly stands out. The 2021 edition is as roomy, plush, and comfy as you would expect from a Porsche. While there is a bit less space for back-seat passengers, the power-adjustable seats for the driver and front-seat passenger can correct this issue with some minor tweaking. The entire interior can be draped in leather for more money, but leather accents come standard. There are a ton of other accent options and upgrades that you can tweak in Porche’s online configurator.

The cargo areas has also been knocked for not being as large as competing vehicles. However, six carry-on bags can fit in the standard cargo area. That number increases to 16 pieces of luggage with the rear seats folded down. That should be plenty of space for most people. Besides, who buys a Porsche for storage space anyway?

In terms of tech and safety features, the Macan boasts an infotainment system that comes with numerous high-tech features, including wireless device charging. USB ports and 12-volt outlets can be found throughout the cabin, so keeping devices fully charged at all times should not be an issue. As mentioned, Apple CarPlay now comes standard in the Macan. Unfortunately for non-iPhone users, Android Auto is still not offered by Porsche.

The 2021 Macan can come with several advances driver-assistance technologies. Unfortunately, most of it is not standard. Key safety features that can be purchased as an optional upgrade include lane change and lane keep assist, surround view, automated emergency braking, and adaptive cruise control.

The 2021 Macan’s Environmental Protection Agency (EPA) ratings are similar to those of its competitors. The base model Macan has been rated for getting 19 MPG of city driving and 23 MPG on highways. The S model has been rated for one MPG less when driven in town, but actually one MPG more on the highway.

The more powerful Macan models naturally lose a bit when it comes to mileage. The GTS gets 17 MPG in the city and 22 MPG on the highway. Finally, the ultra performing Macan Turbo will see 17 city MPG and 21 highway MPG. But if you’re driving the Turbo version, who cares how much gas you’re using?

The Macan didn’t really see any significant changes or improvements for 2021. But that doesn’t really matter. This luxury crossover still boasts plenty of impressive qualities, namely a strong engine, superior handling, and gorgeous interior. The included technology is equally impressive and the warranty coverage provides decent protection for this more expensive ride.

While many of the best Macan features must be purchased as optional upgrades (and they can add up fast), they are arguably worth it. This setup allows you to customize your Macan exactly how you want. Buy the features you want and skip the ones you don’t. The cargo space might not stack up against rivals in its class, but that’s a small complaint. It’s easy to forget when you get behind the wheel and hit the gas. If you wanted more space, you’d shop for a minivan. No, you buy a Porsche for the performance and comfort. If you’re in the market for a luxury crossover, the Macan is well worth the pricetag. 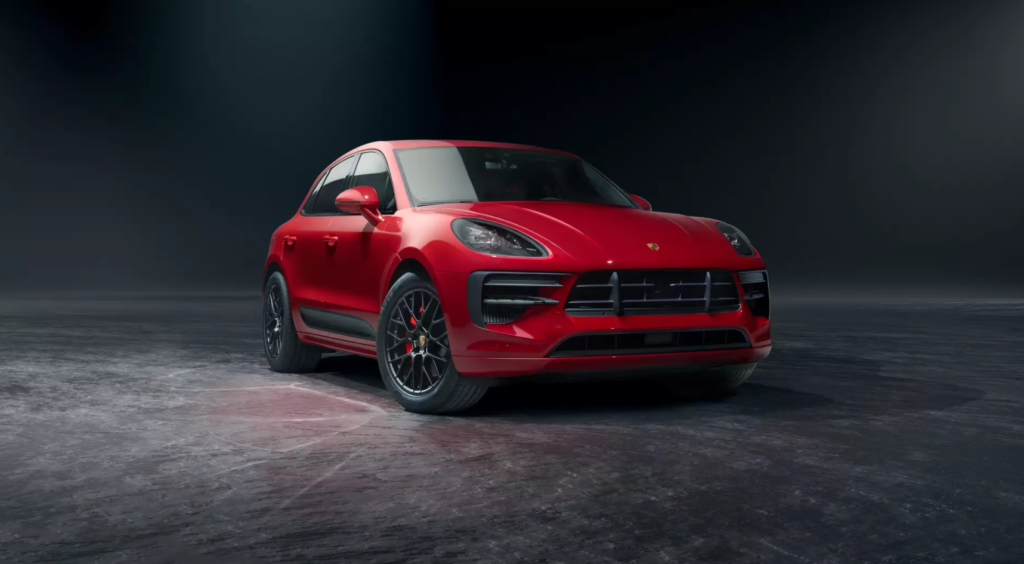