Inside the 2021 Audi A6: Luxury Standard, Performance Optional

Very few luxury cars are as versatile as the 2021 Audi A6. The base model is a gas-sipping sedan powered by a turbocharged four-cylinder engine. Meanwhile the top-tier RS6 Avant is a performance wagon powered by a monstrous twin-turbocharged V8 engine. Between those two extremes sits the sporty S6 sedan and the A4 Allroad, a high-riding luxury wagon. Regardless of the body style or engine, all A6 models come equipped with a luxurious cabin and loads of tech. Continue reading to learn more about the 2021 A6.

Note: If you’re not familiar with Audi naming conventions, it can get a it confusing. Both the A6 and S6 are traditional sedans, except the S6 is considered the “sportier” version. Despite their appearances being almost identical, Audi lists the A6 and S6 (and their various trimlines) as different models on their website. However, they are more like additional versions of the same sedan.

Audi made slight tweaks to several A6 trim levels for 2021. New standard features include 19-inch wheels, keyless entry and an integrated toll-road payment device for the base Premium trim. There’s also adaptive cruise control with active lane assist for the Premium Plus model and power rear window and manual side window sunshades for the Prestige trim. New standard features for the S6 include 21-inch wheels, Audi’s virtual cockpit and carbon twill cabin inlays.

Audi isn’t known for taking risks with design. The 2021 A6 is (mostly) no exception. The A6 and A6 Allroad have subdued, modern styling highlighted by an aggressive grille and futuristic head and tail light designs. The S6 is a little less buttoned-down. It has a more aggressive stance courtesy of its larger wheels, with its bright red brake calipers and quad exhaust further highlighting its status as a sports sedan.

Still, the S6 skews more toward luxury than performance. However, the RS 6 Avant is a different story with its low-ride height, massive front air intakes, beefy diffuser and dual exhaust. Overall, the A6 doesn’t necessarily stand out in a crowd. However, it’s a sharp sedan that won’t look out of place in any luxury car parking lot.

What’s Under the Hood: Something for Everyone

Those craving more power will want to check out the S6 instead. Its twin-turbocharged 2.9-liter V6, which is rated at 444 hp and 443 lb-ft of torque, is mated to an eight-speed auto. If that’s not enough ponies, there’s always the RS 6 Avant and its twin-turbocharged 4.0-liter V8 that is good for 591 hp and 590 lb-ft of torque. Like the S6, the RS 6 Avant comes with an eight-speed automatic transmission.

The A6 isn’t exactly a slouch. Car and Driver recorded a 0-to-60 mph time of 4.8 seconds in the V6 version. That’s actually 0.3 seconds faster than Audi’s official rating. The outlet also praised the A6’s cornering, handling, and steering. However, they concluded that the A6 was still more of a luxury cruiser than a true sports sedan.

The S6 skews a bit sportier. CNET commended its power delivery and its handling, steering weight, and brakes. According to Audi, the S6 will do 0-to-60 mph in 4.4 seconds. It’s a respectable time, but one that pales in comparison to what the RS 6 Avant is capable of.

Audi’s performance wagon sprints from 0-to-60 in just 3.5 seconds. It can hit 190 mph when equipped with the optional carbon ceramic brake package. In addition to a 591-hp engine, the RS 6 Avant also features a self-leveling suspension system, optional all-wheel steering system, and adjustable suspension system.

Despite its focus on performance, the S6 actually does decent on gas. It’s rated at 18/28/22 mpg by the EPA. As expected, the RS 6 Avant is a pig at the pump, averaging just 15/22/17 mpg. But who cares, since that V8 will have you roaring around the roads.

What’s Inside: A Luxurious and Cutting-Edge Cabin

Audi is known for building some of the best interiors around, and the 2021 A6 doesn’t disappoint. It’s the perfect marriage of modern luxury and tech. The 2021 A6 comes standard with a leather interior, wood inlays, a power panoramic sunroof, tri-zone climate control, and heated front seats that are eight-way power-adjustable.

Speaking of technology, the 2021 A6 comes standard with two infotainment touchscreens. The top one measures 8.8 inches and controls the radio and sound. Meanwhile the bottom screen measures 8.6 inches and is home to the climate control system and other settings. Dual-screen infotainment systems can sometimes be overly complicated and cumbersome. However, the general consensus among reviewers is that Audi’s system, which provides haptic feedback, works pretty well. Additional standard tech features include Android Auto and Apple CarPlay, GPS navigation, and a 10-speaker sound system.

Standard safety tech and driver’s assistance aids include front and rear parking sensors, lane-departure warning, and a forward collision-warning system with automatic emergency braking. Unfortunately, a lean list of standard safety tech is, well, standard in the luxury segment. The good news is that Audi offers a laundry list of optional safety features, including a night vision camera, heads-up display, surround-view parking camera, and adaptive cruise control. It will just cost you a bit extra.

Pricing and Trim Levels: Performance Comes at a Price

Those on the hunt for performance at a value will want to consider the A6’s entry-level trim, which can be had with the available turbocharged V6 for $59,800.

The Premium Plus is available with both the four-cylinder and turbocharged six-cylinder engine. They are priced at $58,800 and $63,700, respectively. While more power is always better, the four-cylinder version is actually the more intriguing option. It’s cheaper than the V6-powered A6 Premium and comes with significantly more standard features, including an upgraded Bang & Olufsen sound system, surround-view camera, the larger top touchscreen, adaptive cruise control, and Audi’s Virtual Cockpit.

The Prestige lives up to its name with standard ventilated 12-way power-adjustable front seats, four-zone automatic climate control, and a power-opening trunk. The Prestige comes standard with the turbocharged V6 and has an MSRP of $69,500.

The A6 Allroad is offered in just two trims, which match the features offered by the A6 sedan, but only with the turbocharged V6 engine. The A6 Premium Plus starts at $65,900 and the Prestige is priced at $71,400. The S6 is the same story but with higher price tags. The S6 Premium Plus and S6 Prestige are priced at $74,400 and $81,100, respectively. The features are mostly the same, but you’re paying more for that power.

It’s inaccurate to call the 2021 Audi A6 a luxury sedan. That’s because it’s also a sports sedan, family hauler, and a pseudo supercar. It just depends which version you’re driving in. The A6 is trying to be all things to all people. And it mostly succeeds, making it one of the most interesting options in its fiercely competitive segment. If you’re on the hunt for a tech-savvy luxury car (and are the type of person who can never have too many options to choose from) then you definitely need to check out the 2021 Audi A6. 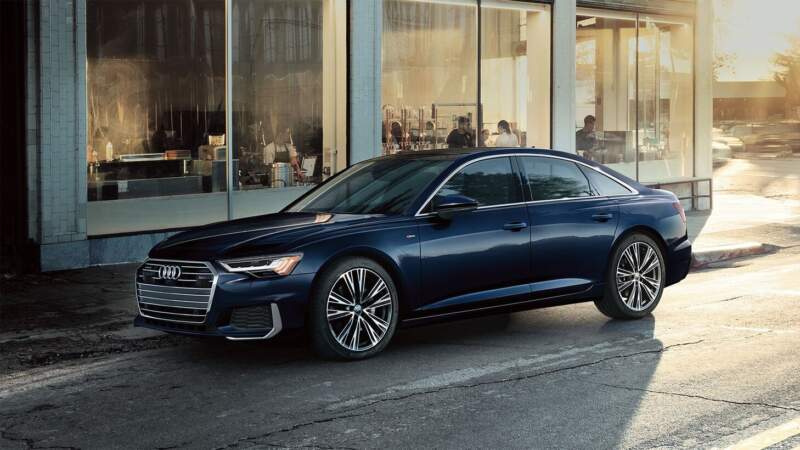