Inside the 2020 Honda Pilot: Dependability, Cents, and Sensibility

Of the following new car characteristics, you can only choose two: affordable, reliable, and fast.

If you picked the first two, you’re well on your way to adding a new Honda Pilot to your family. We’re not denying the Pilot is a peppy car. However, in the world of wanting all three choices but having to sacrifice one, speed is the acceptable sacrifice. At least in the case of a family SUV that’s well-equipped to handle whatever life throws at it.

The Pilot is just one of Honda’s many SUVs. Each one offers customers a similar but equally unique driving experience. For example, the newest CR-V now comes as a hybrid. The Passport brings a dash of sportiness to the otherwise utilitarian brand. The HR-V is a pint-sized Honda package that few can resist. To see how the newest Pilot might find its way into your garage, read on. We’ve got the details you need to slim down your test-drive list and get you into a new SUV.

Interestingly enough, Honda saw fit to pair the 3.5-liter V6 engine that comes standard in every 2020 Pilot with one of two transmissions. No, you won’t find a manual stick-shift inside. However, you can choose from a six-speed or a nine-speed automatic. Both engines make the same 280 horsepower and 262 lb-ft of torque.

Front-wheel and all-wheel drive are both available. The 2020 Pilot can also tow up to 5,000 pounds, when properly equipped.

Navigate to Honda’s website to take a look at the following colors of the 2020 Pilot.

Honda offers the 2020 Pilot in a variety of trims. Here’s a breakdown of what you can expect.

This basic model has all the makings of a bare-bones car. Though it’s not equipped with Apple CarPlay and Android Auto (unlike the rest of the lineup), it will seat up to 8 passengers, including the driver. Riding on 18-inch wheels, the LX features LED headlights and cloth seating. Exterior colors are limited to basic shades like white, silver/gray, and black. Other basic features include air conditioning, a five-inch infotainment display, Bluetooth, cruise control, and push-button start. The LX starts at $31,550.

The Spartan lifestyle isn’t your thing? Step up to the EX model! You’ll be glad to have features like heated mirrors, keyless entry, heated front seats, a power driver’s seat, and an right-inch touchscreen. Heating and cooling controls go from a single zone to triple that. You’ll also have access to SiriusXM radio, HD radio, and text-messaging support.

Leather might just be the new standard upholstery. It’s also the upgrade at the center of this trim level. Customers will find it on the steering wheel and shift knob as well. A power sunroof and liftgate make life much easier, along with driver’s seat memory and an auto-dimming rearview mirror.

Honda saves most of the goodies for the upper trim levels, which start with the Touring model. Packed with roof rails, front and rear parking sensors, a hands-free liftgate, heated rear seats, and a ten-speaker sound system, this Pilot is in it for the long-haul. You’ll find 20-inch wheels on all four corners and 10.2 inches of screen up front.

Hovering near the $50,000 mark, the Pilot Elite represents the best the brand has to offer on this model. Captain’s chairs dominate the second row, which brings the passenger count down to seven. However, it does add heated second-row seats. Front seats are also heated and ventilated.

The panoramic sunroof should have your children foregoing the standard “are we there yet?” questions in the interest of watching the sky roll past. You’ll appreciate the heated steering wheel in cold weather. And if you’re looking for style, the Black Edition is an Elite trim with black accents scattered throughout the interior and exterior. Red stitching and interior lighting offset the midnight atmosphere.

You’ll be glad to hear the 2020 Pilot received respectable ratings from both the National Highway Traffic Safety Administration (NHTSA) and the Insurance Institute for Highway Safety (IIHS). The former awarded the 2020 Pilot 5 out of 5 stars. The latter gave the model a “Good” rating in every category except for the “Small overlap front: passenger-side” test. It only scored an “Average” rating there.

Kelley Blue Book has all the information you need when it comes to fuel efficiency ratings on the 2020 Honda Pilot. Models equipped with the V6 and six-speed auto should see about 19 city and 27 highway EPA-estimated miles-per-gallon (MPG). At least, when purchased in the front-wheel drive variant. All-wheel drive models lose a point for both ratings.

Pair the V6 with a nine-speed automatic and you’ll end up getting just a smidgen more out of the 2020 Pilot. Front-wheel drive models average 20 city and 27 highway MPG, with all-wheel drive variants hitting 19 city and 26 highway MPG.

There’s no end to the two- and three-row SUVs parked amongst each other in the dealership lots of this country. From brands like Nissan, Ford, Subaru, Infiniti, Kia, Dodge, Jeep, Volvo, Acura, Lincoln — well, you get the idea. So what makes the Honda Pilot stand out from the rest?

Just ask Edmunds. The Honda Pilot earned a ranking as one of their Best Three-Row SUVs for 2020. And you might be surprised to know that it’s not the fanciest or even the middle-of-the-road model they recommend. In fact, it’s the EX or EX-L model they argue for.

Kelley Blue Book agreed, noting “If you can spend more, or you simply want 2nd-row captain’s chairs, the Pilot Touring is our recommendation.” Placing second in KBB’s Best Midsize SUVs for 2020, the Pilot holds its own as a “comfortable, user-friendly, inoffensively minivan-like SUV,” at least in the eyes of the Jalopnik team.

There are a few downfalls to this prize-winning SUV, however. Front passengers are stuck at whatever height Honda chose for the seat, since there’s no vertical adjustment. Also, the jack-of-all-trades doesn’t score big when it comes to agility or interior design. In a race where style should meld seamlessly with affordability and capability, the Honda Pilot falls just a tiny bit short.

Honda might not be known as the fastest or sportiest brand on the market, at least when it comes to its SUVs. However, there’s quite a lot to like about the Pilot. We encourage you to take a test-drive at your local Honda dealership if you’re in the market for a new SUV. You may be surprised to find that sensibility can be rewarded, especially when it comes to a financial asset like a new vehicle. 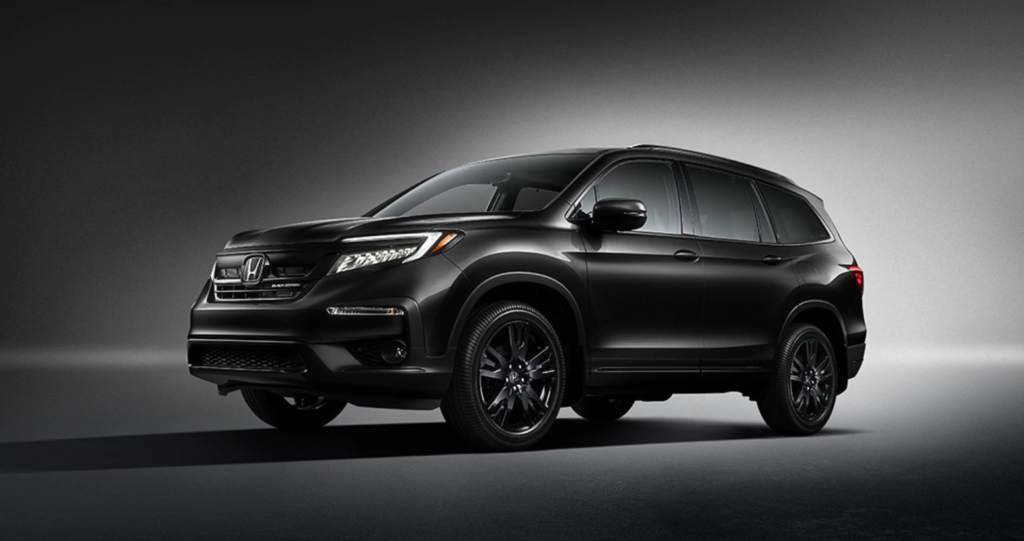