Inside The 2020 Cadillac CT5: A New Luxury Sports Sedan

Cadillac hasn’t given up on the sedan. Instead, it has actually revamped its line-up for 2020. Case in point, Cadillac has issued the CT5 to replace the previous CTS in the company’s dwindling line-up of sports sedans. In addition to the CT5, Cadillac also still offers the CT4 and larger CT6 sedans. Together, they are meant to compete against established German sports sedans made by nameplates like Audi, BMW, or Mercedes.

The question is, can the CT5 hold its own against competing luxury sedans? The answer may surprise you. While there is a lot to like about the CT5, the car is not a necessarily a surefire homerun for Cadillac. Here’s everything you need to know about the newest luxury sports sedan on the block.

The first thing you’ll notice about the CT5 is that it looks great. CarandDriver has described the newest Cadillac as “driveway eye candy.” Frankly, that description is pretty apt. The stylish exterior of the CT5 can more than hold its own against an Audi A4 or a BMW 3 Series. The sleek lines and front grille give the CT5 a sporty look and feel. This is not your grandfather’s Caddy.

The large engine and tapered trunk area give the appearance of power within a compact frame. The 2020 Cadillac CT5 earns high praise for an exterior that looks beautiful. It’s not a stretch to say that the CT5 is one of the smartest looking Cadillac’s ever produced.

Despite the gorgeous exterior, the CT5 engine doesn’t quite live up to expectations. The standard engine is a 237 horsepower turbocharged 2.0 liter four-cylinder. An optional 335 horsepower twin-turbocharged 3.0 liter V6 is available too. However, many critics felt the V6 engine should have been the standard option.

There is also a “performance” version of the CT5. It offers a 360 horsepower version of the V6, as well as adaptive dampers and an electronically controlled limited-slip differential. But again, it seems like a sedan competing with the Audis and BMWs of the world would come with a more powerful standard engine package.

All engines pair with a ten-speed automatic transmission. Rear-wheel drive is standard, though all-wheel drive is optional. The standard engine can reach 60 mph in a pedestrian 6.6 seconds. Some competitors can do it in under 5 seconds. The ride and handling of the CT5 is also slightly less impressive than the previous CTS. All-in-all, this new model offers a rather average driving experience.

The CT5 comes in four different trims. The entry Luxury model is priced at $37,000. Next up is the Premium Luxury, which starts at $40,695. It adds leather appointed seats, luxury wheels, wireless charging, and Lane Change Alert with blind spot monitoring.

The Sport model adds Brembo performance brakes, a performance steering wheel with paddle shifters, a 18-way adjustable driver’s seat, and plenty of sporty cosmetic options — a new grille, fascias, rockers, and spoiler. It will set you back at least $41,695. And that’s before you add the more powerful engine or the all-wheel drive.

The consensus seems to be that the Premium Luxury model is the best version of the CT5. It adds features such as interior ambient lighting, a wireless smartphone-charging pad, illuminated exterior door handles, blind-spot monitoring, driver-seat memory settings, rear parking sensors, and power lumbar support for the driver and front-seat passenger. In addition, it also comes with many of the optional packages that are available, including the Driver Awareness Plus package (automatic high-beam headlamps, lane-keeping assist and head-up display).

The interior of the CT5 is an improvement over the previous Cadillac CTS. The CT5 offers more user-friendly controls and a more straight-forward design. That said, the interior has been criticized for having some poor quality materials that do not fit with the CT5’s overall marketing and positioning as a luxury sports sedan.

The Premium Luxury model does come with a nice open-pore wood trim that elevates the interior. However, it’s combined with cheap black plastic that seems lifted from the old (gasp!) Chevy Malibu sedan. On a more positive note, the rear seat is more spacious than in the CTS. The vehicle easily fits five adults. The trunks is a decent size and can hold multiple pieces of luggage. Overall, you might expect more from a luxury sport sedan’s interior. Then again, the CT5 is on the lower end of price points compared to those European imports. So it’s a bit of a trade off.

The CT5’s infotainment system is a definite upgrade from past versions. It has a 10-inch touchscreen in the center of the dashboard. It’s easy to use and very responsive. The CT5’s infotainment system has been hailed for being more logically structured than the old system. It also forgoes some touch-sensitive controls in favor of physical controls. Apple CarPlay and Android Auto integration comes standard. Optional upgrades include a head-up display, wireless device charging, and an eight-speaker Bose audio system.

The CT5 also comes with a host of driver-assistance technology. Super Cruise is also available, which is GM’s Level 2 autonomous-driving feature. It can steer, accelerate, and brake without a driver needing to keep hands on the wheel. However, it’s not a full self driving system. Standard safety features include automated emergency braking with pedestrian detection, lane-departure warning with lane-keeping assist, and adaptive cruise control.

In the warranty department, the CT5 outdoes most of its German competitors — particularly with the powertrain warranty. Notably, the CT5’s warranty is better than those offered with the BMW 3 Series or the Mercedes C-class by two years or 20,000 miles. The CT5 comes with a limited warranty that covers four years or 50,000 miles. The powertrain warranty for six years or 70,000 miles. Additionally, complimentary maintenance is covered for the first visit. This coverage is among the best in the luxury sport sedan category.

The 2020 Cadillac is rated for up to 32 miles per gallon of highway driving, 23 MPG when driven in the city, and 26 MPG combined. The all-wheel drive version of the CT5 gets a tick less. While these aren’t comparable to smaller sedans or hybrid models, they are competitive with other sedans in the CT5’s class.

Cadillac achieves mixed results with the 2020 CT5. The car looks great and has many things to recommend about it. The exterior styling and warranty coverage are both top notch. Nevertheless, this model stumbles a bit when it comes to its engine and interior styling. Sadly, those two features are more likely to remind people of Cadillacs of the past. That hurts when trying to compete with luxury sedans from BMW, Audi, or Benz. Ultimately, interested consumers will have take the CT5 for a test drive and see for themselves. Maybe the CT5 is indeed a luxury sports sedan worth your money. 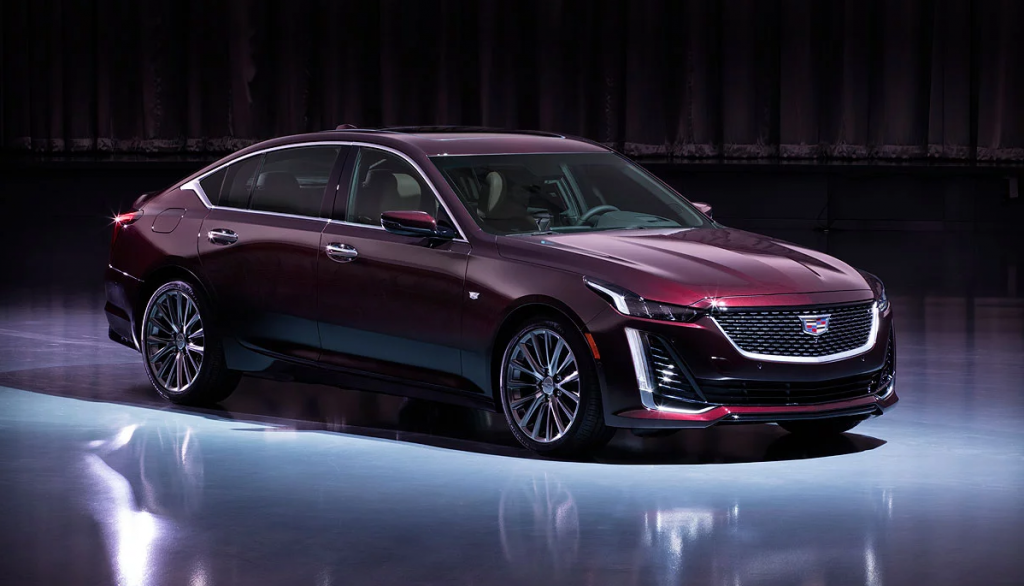