Inside the 2019 Toyota Highlander

Although Toyota is best known for its trucks, they’ve made a name for themselves in the field of SUVs as well. One such SUV is the 2019 Toyota Highlander, a fine performer in a wide class of mid-sized SUVs and a solid contender for one of the year’s most quiet rides.

SUVs have become vastly more popular in recent years, a fact that’s likely attributable to their pure versatility and range of specialties. These sport utility vehicles combine the finest elements of smaller vans, sedans, and trucks to create automotive marvels capable of making an efficient commute or plowing down muddy roads. The Toyota Highlander, with its $31,330 starting MSRP, is no exception.

SUVs blend power with comfort, but of the two available engines on the 2019 Toyota Highlander, there’s an obvious victor. The first drivetrain is a 2.7-liter four-stroke engine paired with a six-speed automatic transmission and comes standard on the base LE model. This engine offers only 185-horsepower, which makes the Highlander feel sluggish when accelerating and can prove frustrating on the highway.

The superior choice, if you have the funds for it, is to either pay extra for the optional V6 engine or upgrade to an LE Plus or above trim. The V6 comes standard on every trim other than the base model and offers a vastly superior 295-horsepower paired with an eight-speed automatic transmission. Even with this engine, you won’t get the speed or maneuverability you might get from a smaller SUV, but it accelerates well on the highway even with a fully loaded vehicle.

Maneuverability is one area where the Highlander shines. While the car can feel sluggish with the base engine, both drivetrains handle well and feel comfortable to drive. The SE trim comes with a sport suspension that also increases the vehicle’s handling.

SUV drivers have come to expect a reasonable level of efficiency, and the Toyota Highlander performs adequately among the larger class being released in 2019.

Safety ratings in the United States are classed largely by the interplay of two organizations, the National Highway Traffic Association and Insurance Institute for Highway Safety. These two organizations rated the 2019 Toyota Highlander and determined that it was among the safest of the year’s offerings. In fact, the NHTSA giving five of five stars while the IIHS afforded the Highlander a Top Safety Pick for 2019.

The Highlander manages to outmatch much of the competition with a wide range of standard safety features, most of which are held under the umbrella of the Toyota Safety Sense P system. This system includes automated emergency braking, pedestrian collision detection, and a wide range of other high-tech features that make even the base model a safer-than-average ride. Optional features like blind spot monitoring and a 360-degree camera are also available.

The 2019 Toyota Highlander provides a variety of infotainment options, with all trims above the base model including an eight-inch touchscreen and variable levels of smartphone-connectivity. For long trips, an optional entertainment system can be mounted on the back of the driver and passenger seats.

The Highlander’s interior is comfortable without being gaudy, using a combination of soft-touch material and leather upholstery to ensure your passengers are living well. More luxurious trims like the Limited Platinum approach regal standards with heated leather seating and an expansive sunroof. One of the main disadvantages of this interior is smaller-than-average cargo space, which hampers the vehicle’s viability for long trips significantly.

How It Stacks Up Against the Competition

The midsize SUV market is fairly packed this year, and the Highlander has several competitors worth noting.

The Mazda CX-9 rides with less comfort than the Highlander, but it balances its flaws with plentiful infotainment features and agile handling that makes this vehicle suitable for highway or city driving. The choice between the two vehicles is largely one of comfort against performance.

The Honda Pilot is the overall victor over the 2019 Highlander. A roomier third row makes the Pilot a suitable family SUV and comparable prices with the base Highlander are paired with a more powerful standard engine. If you’re stuck with the base engine, the Pilot is a better choice for most drivers.

The 2019 Toyota Highlander doesn’t blaze any new territory, but it’s a fine choice for drivers who are more interested in comfort than performance. 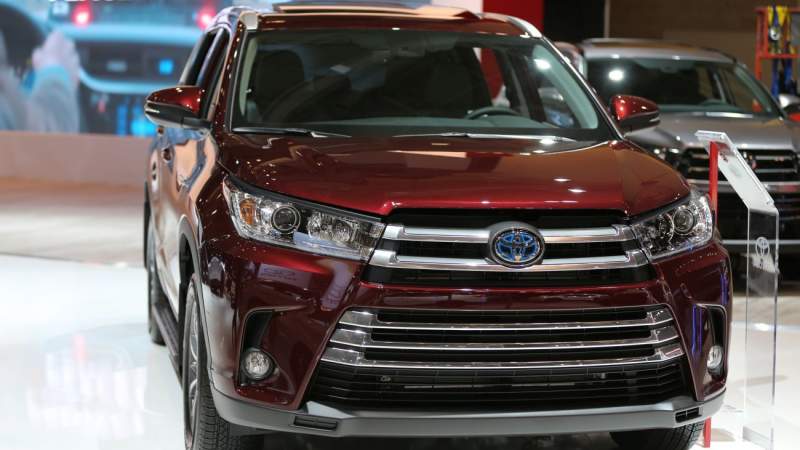