Hyundai is expanding its Ioniq sub-brand to include even more electric vehicles.

The electric compact hatchback, called the Ioniq 5, will be released in early 2021. The sedan (the Ioniq 6) will have to wait until 2022. Finally, the new Ioniq 7 SUV won’t be released until early 2024. While there have been few details on these EVs beyond their release dates, Hyundai has said that the vehicles will be more futuristic looking than the powertrains that run them.

The Hyundai 45 has stark and striking sharp lines on the exterior. It lacks door handles and a traditional front grille. The interior is simplistic and has seats that are constructed out of light wood. The Prophecy looks like a cross between a Tesla Model S and a Porsche 911, with rounded lines and a bubble-shaped cabin.

The Ioniq branded vehicles will run on an Electric Global Modular Platform, or E-GMP. That suggests that this modular platform will be expanded across various vehicles. The original Hyundai Ioniq electric sedan had a range of 170 miles on a single battery charge. We hope these new models will vastly improve on those numbers. 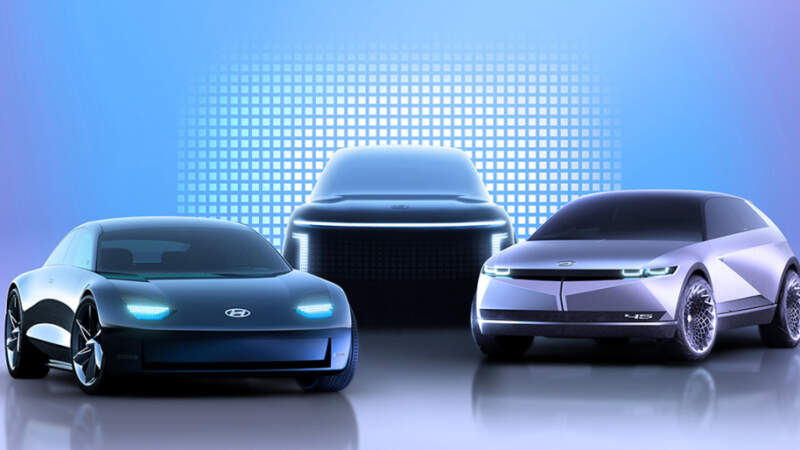