Everything You Need To Know About the 2020 C8 Corvette

Chevrolet finally unveiled the much anticipated 2020 C8 Corvette in a livestream on the web. Even though gearheads everywhere were already drooling over the possibility of finally getting a mid-engine Vette, the details about the new C8 are mind blowing. Whether you’re a long standing Corvette owner, considering buying your first one, or just a hopeful dreamer still rolling around in (yet another) used car, we’ve gathered all the most exciting revelations about the 2020 C8 Corvette right here, for your convenience.

The C8 Corvette comes with a 6.2-liter LT2 V8 engine, which cranks out 495 horsepower and 470 lb-ft of torque. It will send that power to the rear wheels through a Tremec eight-speed dual-clutch transmission. Corvettes have always been known for having speedy power, and this new version will get you from 0-to-60 mph in just under three seconds when optimally equipped with the Z51 package, or just over three seconds without.

All of this power in enabled by a serious trimming of any fat. Which is just another way of saying that the 2020 C8 Corvette is extremely light. The chassis is built from mixed-materials and aluminum components, and weighs in around 3,350 pounds (depending on the exact options equipped).

This sleek new Vette comes with some lovely modern touches. There are six different driving modes — Weather, Tour, Sport, Track, My Mode (custom driver settings), and Z Mode (for high performance driving) These different settings will tweak the launch control and electronic slip-differential for driving in any condition.

The hardtop roof panel is actually completely removable, with room to store it in the trunk, for those sunny days that call for a convertible. There’s also a really neat front-lift suspension feature built in, that raises the nose of the Corvette up to 1.6 inches to avoid scraping on potholes, speed bumps, curbs, or other uneven surfaces. It only works at 24 mph and under, but the really amazing part of this feature is that the driver can set up to 1,000 locations in the car’s GPS memories. That means the Corvette will automatically protect itself when you hit that steep curb at your local gas station or those annoying potholes your city just hasn’t gotten around to fixing yet.

The C8 comes in 12 different colors, and even features a right-hand drive model for potential UK buyers (or anyone else who simply misses driving on the wrong side of the road).

The interior is quite button heavy, and features a large touchscreen that will presumably control much of the car’s features. On the outside, you’ll get the usual sleek Corvette lines, but also some new technology. The door handles (and hood and truck handles) are basically hidden, cleverly concealed by the car’s design. It’s something you barely notice until someone points it out, but it helps the 2020 C8 Corvette look better than it ever has.

Amazingly, the base model of the 2020 C8 Corvette starts at just under $60,000. There isn’t a lot of additional information about different trims or optional packages that would cause that price to quickly climb, but even having a sub-60k starting point is exciting news for Corvette fans who may have assumed they would be priced out of ever owning one of these beauties.

Here’s a ton of great pics, courtesy of Chevrolet.com: 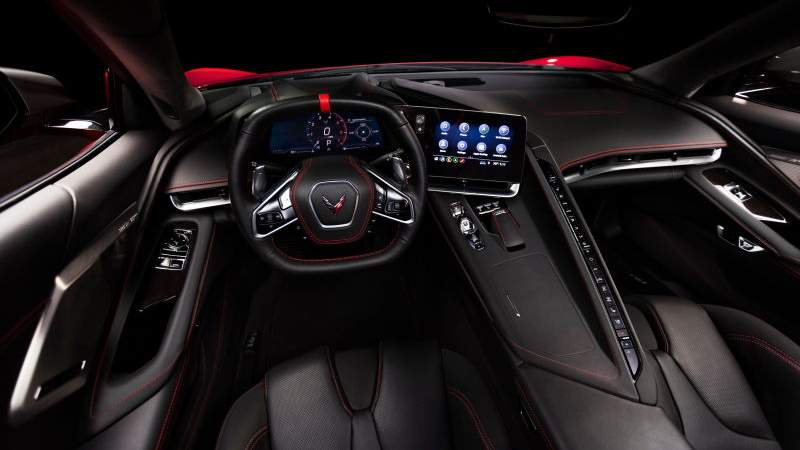 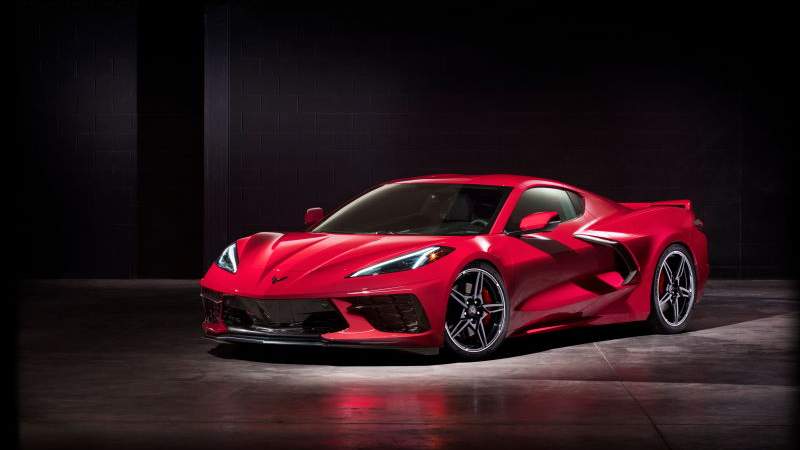 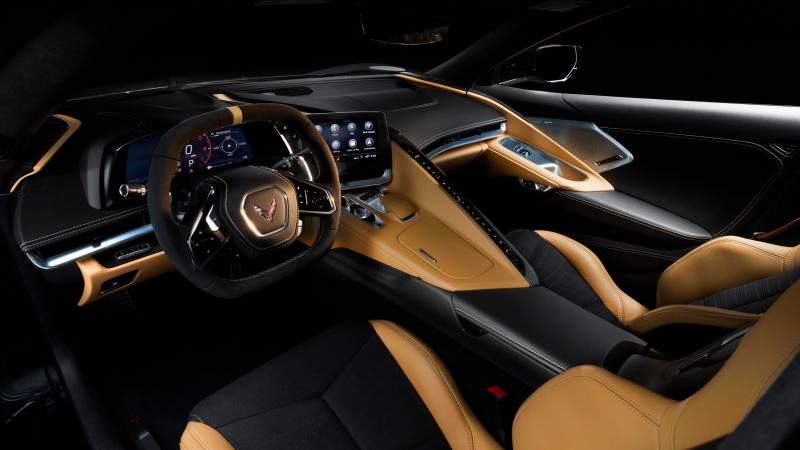 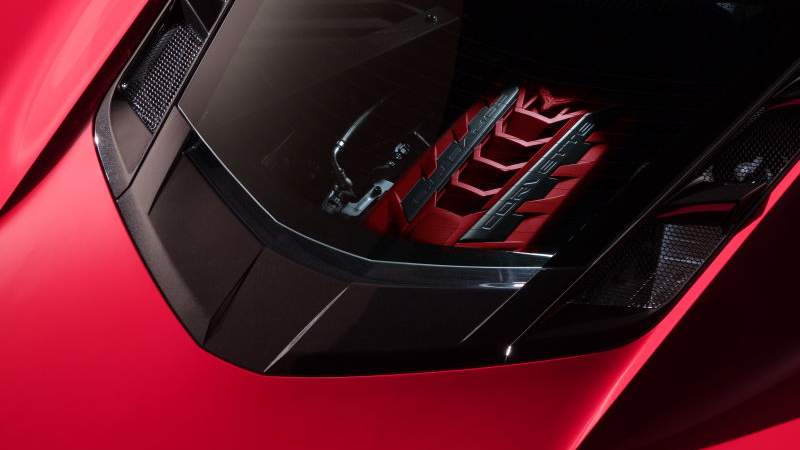 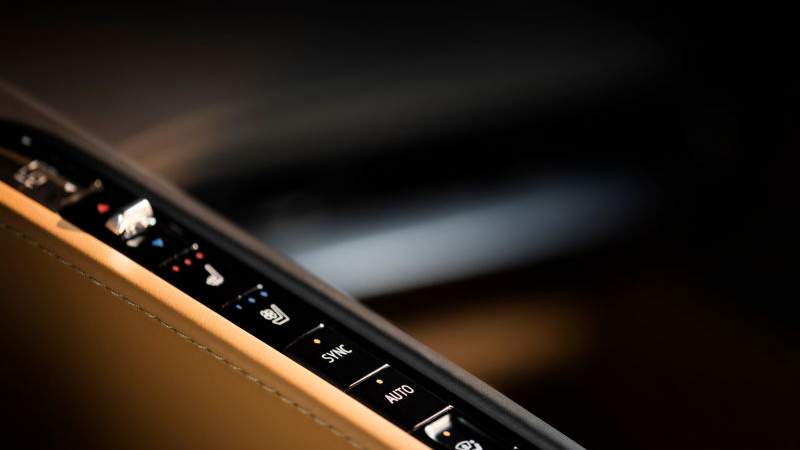 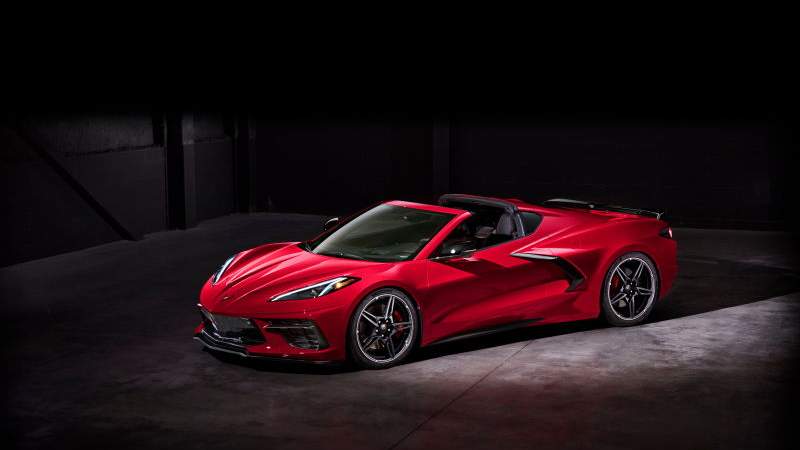 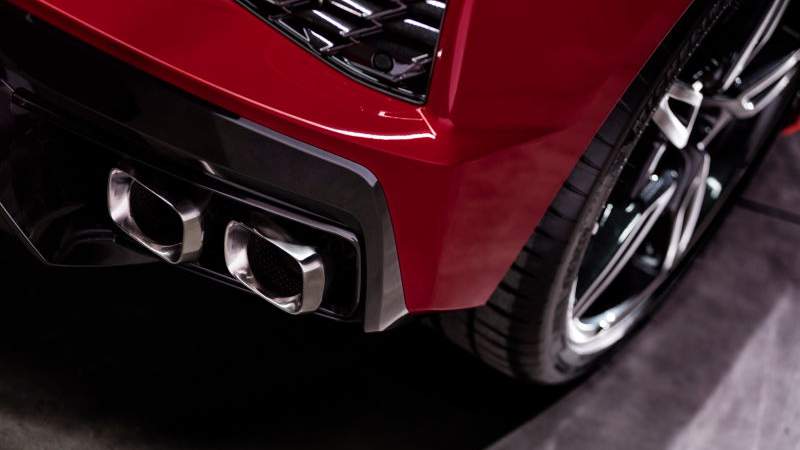 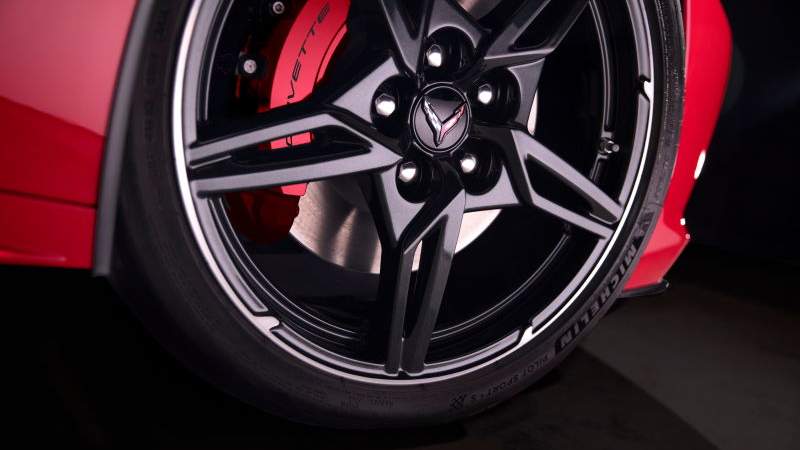 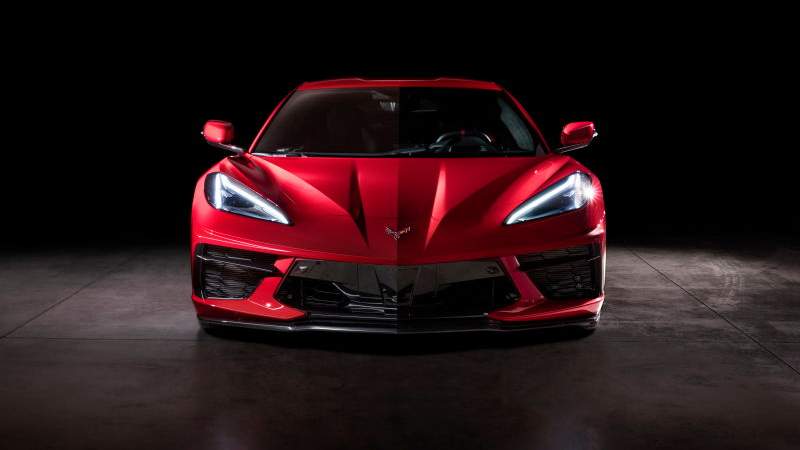 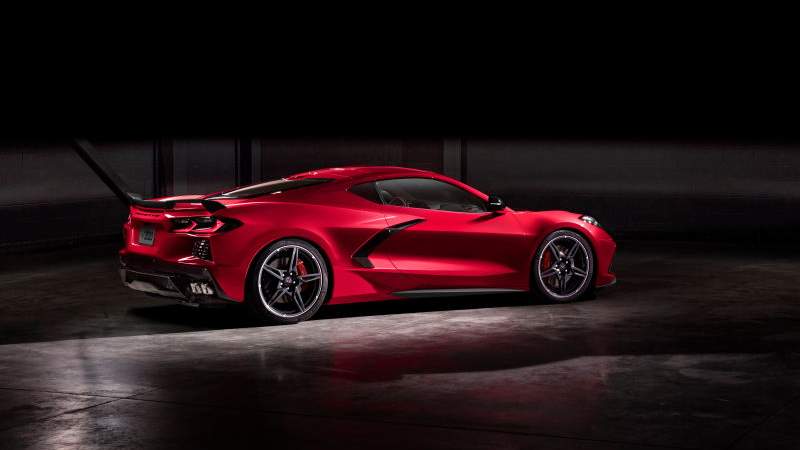 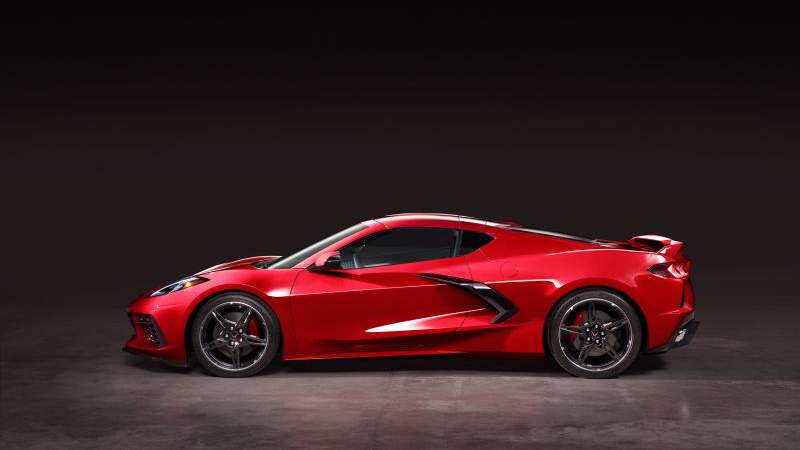 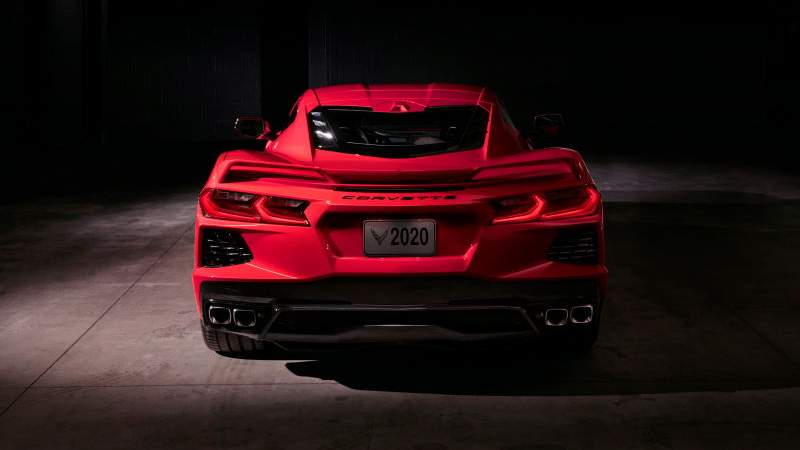 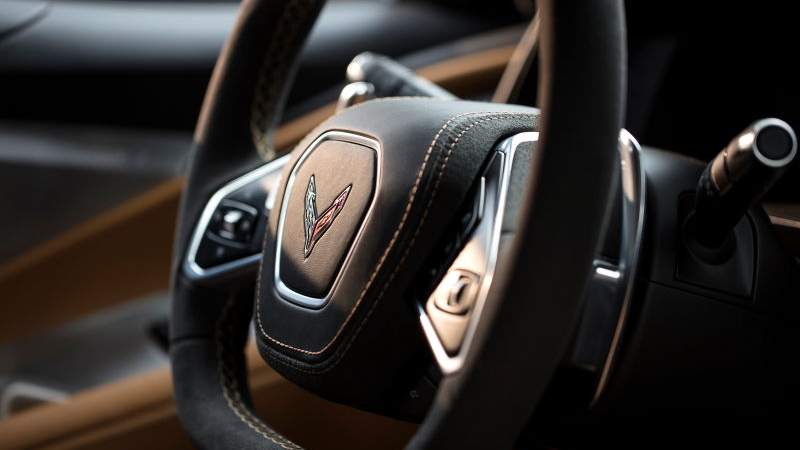 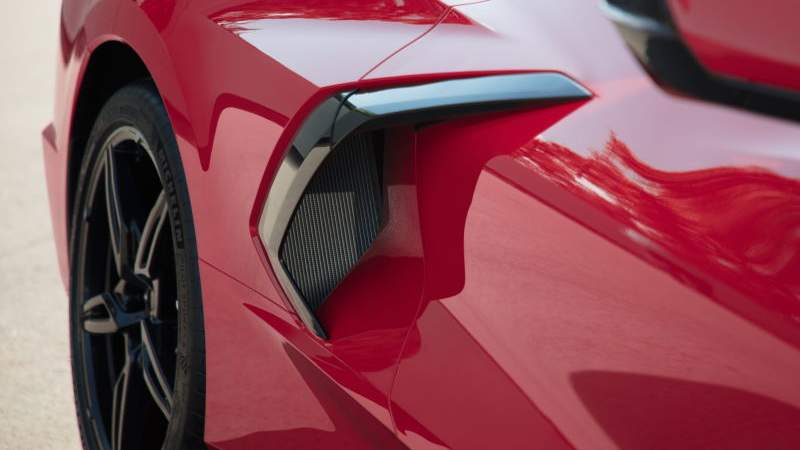 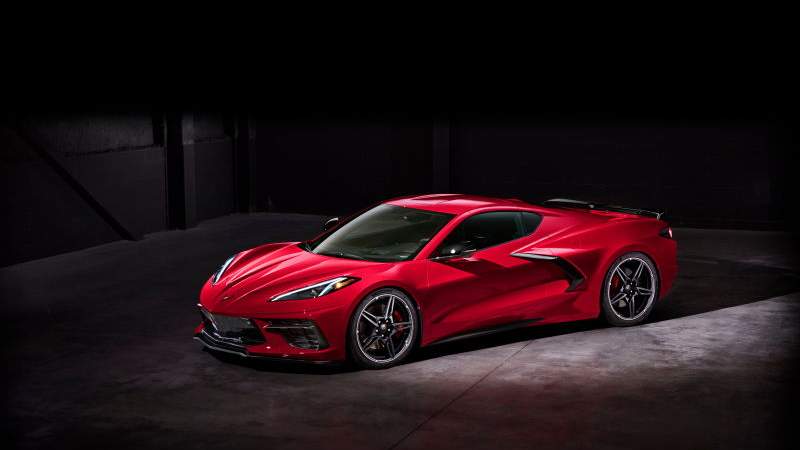