Nobody should be surprised that Nissan is preparing to enter the electric crossover segment. After all, the automaker was all-in on electric cars before they were “cool.” They already proved to know what consumers want in a crossover with the ultra-popular Rogue. While there aren’t a ton of crossover EVs on the market, the competition in the nascent segment is fierce. The Tesla Model Y battling it out against newcomers like the Ford Mustang Mach-E and Volkswagen ID.4. Although the Ariya is set to hit dealer lots in 2021, Nissan hasn’t released full details about its upcoming EV just yet. That said, here’s everything we know about the 2021 Ariya so far.

Nissan describes the design of the Ariya as “Timeless Japanese Futurism.” That’s a pretty accurate description. However, if we had to put it into layman’s terms, we’d say the Ariya is a blend of simplicity, elegance, and athleticism. In the front, the Ariya features the latest iteration of Nissan’s V-motion grille — only now it’s just the dipping LED daytime running lights that help to bring out the “V” look. The grille’s dark shield incorporates a 3D traditional Japanese pattern called “kumiko.” Naturally, it features Nissan’s newly redesigned logo, which lights up thanks to the inclusion of 20 LEDs.

Although it’s not designed for performance, the Ariya cuts a sporty stance with its bulging rear fenders and rakish, coupe-like roofline. The one-piece rear tail light bar that stretches across the back end leaves quite an impression. It’s further complemented by a sporty rear bumper. Unlike other automakers, Nissan hasn’t given the Ariya a boring look (Tesla) or simply copied the design of one of its existing SUVs (Audi). Yes, there’s a bit of Murano here. But not enough that it’s obvious. Simply put, the Ariya is a totally original design. While it may be polarizing, it’s definitely not boring.

The Cabin Is Inspired By a “Café Lounge On a Starship”

Nissan says that the cabin of the Ariya is akin to the “café lounge on a starship.” That’s quite a statement, given how advanced CGI has gotten these days. That being said, the 2021 Ariya’s cabin certainly looks futuristic. It has two massive 12.3-inch full-color displays perched next to each other on the dash — one for instrumentation and the other for infotainment.

Nissan has made it such that information can be swiped from one screen to the other in a smartphone-like manner. That creates the impression of one expansive display that stretches across the dashboard. In addition, to further bring out that futuristic, starship-like vibe, Nissan gave the dash a clean and minimalist design. It’s almost completely devoid of buttons and knobs. There are capacitive haptic dials for the climate control system that vibrate when pressed. There is only one knob — a volume knob placed just under the center touchscreen.

You Won’t Have to Worry About Space

Aside from range anxiety, one of the other major gripes about EVs is that their batteries take up valuable cabin and cargo space. This can be attributed to the fact that most EVs are built upon the same platforms manufacturers use for their gas-powered models. These shared platforms reserve a lot of space for the engine bay. That leaves very little room left for large battery packs. It turns out that the Ariya won’t have that problem.

It rides on the CMF-EV platform. That’s a brand new architecture developed by the Renault/Nissan/Mitsubishi Alliance, purposefully for EVs. This platform capitalizes on the packaging benefits of electric cars, like the fact that they have much more compact motors. That, in turn, leaves more space for the cabin. It also opens up more room for the battery pack, which sits under the cabin floor.

For this reason, the Ariya has a short front end and a long wheelbase. That translates to more room for passengers. The climate control hardware is actually installed under the hood, as opposed to right behind the dash. That switch frees up even more legroom for the driver and front passenger. The Ariya’s trunk isn’t as roomy as its cabin, but the AWD version does pack a respectable 14.9 cubic feet of cargo space. The FWD version can stow even more, with 16.5 cubic feet of storage.

It Has Tesla-Rivaling Safety Tech

Tesla’s Autopilot system has long been the benchmark for EV driver-assistive safety suites on the market. That could change with the entry of the new Nissan ProPilot Assist 2.0, which is standard on the Ariya. Nissan’s next-generation software suite offers enhanced lane-centering capabilities and features an upgraded adaptive cruise control system. It uses GPS and high-definition 3D map data from the vehicle’s navigation system to determine speed limits, road types, and direction. Translation? The system automatically adjusts the Ariya’s cruising speed to align with the speed limit.

However, the big news is that the Ariya will feature full (semi) autonomous driving in single-lane highway traffic. In addition, the ProPilot Assist 2.0 feature now has the ability to make lane changes, passing maneuvers, and execute highway exits. However, like most “self driving” features in competing vehicles, the Ariya still requires an attentive driver ready to take over.

For reference, the VW ID.4’s most powerful variant offers 302 hp. It “sprints” from 0-to-60 in a more leisurely seven seconds. In case you were wondering, the Ariya will be no match for the Mustang Mach-E. The quickest version of Ford’s new marquee EV rockets from a standstill to 60 mph in just 3.5 seconds.

You Can Pay to Avoid Range Anxiety

As expected, the lighter single-motor FWD Ariya offers the most range. The 87-kWh battery offers 310 miles of travel. The other battery on offer is a 63-kWh unit with a max range of 223 miles. As previously mentioned, these figures fall off a bit if you opt for AWD. An AWD Ariya with the 87-kWh battery has a max range of 285 miles. The 63 kWh-battery offers just 211 miles of AWD range.

The Performance model unfortunately — but not unexpectedly – -sacrifices power for range. It can only go 249 miles on a single charge. All told, the Ariya is closely matched with its rivals. The VW ID.4 also offers a claimed maximum driving range of 310 miles. Meanwhile, the Tesla Model Y offers a slightly higher maximum range of 326 miles.

You Won’t Have to Break the Bank for It

Nissan hasn’t released complete pricing details. However, the automaker has revealed that the 2021 Ariya will start around $40,000. That’s about the average starting point for most similar electric crossovers on the market. Naturally, goodies like AWD, a bigger battery, and more power will likely push the MSRP up to around $50,000, if not more. For reference, the 2021 Tesla Model Y starts at $41,990, while the VW ID.4 will start at $41,190. The Mustang Mach-E rings in at $44,995.

Inside the 2021 Chevy Spark 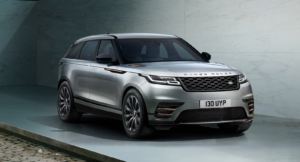 Inside the 2021 Range Rover Velar: Prince of the Streets