The outbreak of the coronavirus — officially named COVID-2019 — has wreaked havoc on many aspects of life in China. The auto industry has been among those hit particularly hard.

The virus popped up in late 2019 and has already killed more than 2,200 people in mainland China. It has infected thousands more, as health officials fight to contain and treat it. And while the loss of human life is always more important than the economic losses suffered by car makers, this is still an auto site and this news matters.

The Detroit News reports that car sales in China have plummeted down 92 percent over the last few weeks. Reuters reports that major players like Nissan and Honda have decided to delay re-opening their Chinese factories. Toyota and Daimler, on the other hand, are planning to re-open their facilities with caution. They will only get production partially back online.

The entire industry is suffering from major supply chain delays. Even if automakers want to get back to normal production, it’s become increasingly difficult to get parts. Every vehicle needs roughly 30,000 parts, from plastic and metal fabrications, to computer chips and switches. Unfortunately, many of those parts from Wuhan province, the area hit hardest by the viral outbreak.

“Wuhan is a city which produces virtually every type of component used in vehicles,” said Takeshi Miyao, managing director of Carnorama, an auto consulting company. “So not only are vehicle assembly plants in the city unable to source parts, vehicle plants all over the world which source parts from Wuhan are being affected.”

Automakers are scrambling to find secondary suppliers, but it’s not an easy task.

As more people are reluctant to go out in public unless it’s absolutely necessary, some Chinese car dealers are trying to shift their business model. Geely is now trying to sell cars completely online, bypassing the traditional dealership model altogether. They are also planing to offer maintenance at customer’s homes or office. That means it’s possible to buy and service one of their cars without ever having to step foot in a dealership.

Between changing business models and supply chain disruptions, the coronavirus has made a lasting impact on the Chinese auto industry. And in turn, the entire global economy. 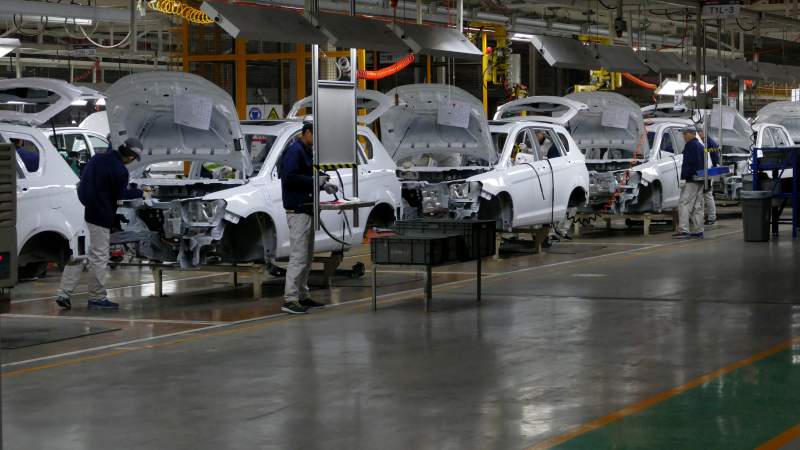