Bentley is going all electric.

The British luxury automaker has announced plans to for an all-electric future. The 100+ year old brand, known for high-performance vehicles such as the Bentayga SUV and Flying Spur sedan, has said that all of its products will be electric by 2026. That includes both hybrid or battery-electric form. Bentley said that their internal research found 55% of current customers would be interested in buying an electric vehicle.

Bentley’s announcement comes amid an accelerating shift by the global auto industry away from gas and diesel towards battery power. It also reflects a transformation within the EV segment. Countries such as France, Germany, and the Netherlands, which are some of the world’s largest markets for Bentley, will soon ban gas-powered vehicles altogether. The U.K. also recently announced a ban on new gas engine sales by 2030.

Appealing To A Wealthy Clientele

Luxury manufacturers like Bentley have the advantage of appealing to more affluent buyers. They are typically less concerned about the premium they might pay for an extended-range battery-powered car. That has led to a growing number of high-end automakers to start laying out plans to add hybrids and full EVs to their line-ups.

Aston Martin, for example, recently announced plans to have at least 20% of its sales come from electrified products by 2024. Their first all-electric model will follow about two years later. Bentley’s lead competitor in the super-premium segment, Rolls-Royce, has also said it will begin shifting to EVs. In the more mainstream luxury market, BMW and Mercedes-Benz have each announced plans to accelerate their own transition to electric. Cadillac says they will be 100% electric by 2030.

Bentley is also in a particularly good position to go electric. It is one of a dozen brands owned by Volkswagen, which has laid out one of the industry’s most aggressive battery-powered vehicle programs. Volkswagen officials plan to have at least 50 EV brands on sale within the next five years. That includes models from luxury brand subsidiaries like Porsche and Audi. 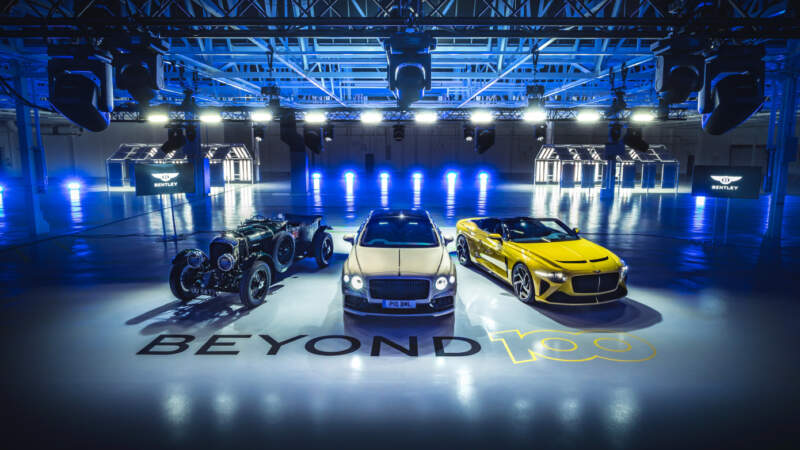