A First Look at the 2021 Nissan Rogue

The redesigned 2021 Nissan Rogue has leaked online. Details are flowing out well ahead of its planned official debut in June. Its caused a stir among fans of the compact crossover SUV. With production of the 2021 Rogue scheduled to start this fall, we thought we’d summarize what we already know (and what we can guess) about the newest Rogue.

The 2021 Rogue is being marketed as a “comprehensive update” by Nissan. It will be the first major one since the crossover debuted back in 2013. Images leaked online suggest that the Rogue’s exterior styling remains largely intact. However, there does appear to be a prominent V-shaped grille and a split-level headlight treatment on the redesigned model. The new Rogue’s overall shape is boxier than the current model, with a squared-off rear end.

As for the interior, chatter on the internet claims that it’s similar in design to the Sentra and Altima sedans. There’s a tablet-style infotainment screen that dominates the dashboard. The driver and passenger can sit in diamond-quilted leather seats. Nissan has said that a fully digital instrument cluster will be available. The 9.0-inch touchscreen that just debuted in the refreshed Titan should be an available option too.

The dimensions for the 2021 Rogue are increasing slightly. That should provide more interior space for passengers and cargo. Even if interior volume does increase, don’t expect the third-row option to make a comeback. The third-row proved hugely unpopular with both consumers and critics. Nissan heard those complaints loud and clear.

Mechanically, the all-new Rogue is expected to share many of the same mechanical components as the Altima. That includes a 2.5-liter inline-four engine that produces about 180 horsepower. Expect front-wheel drive to come standard, with all-wheel drive as an optional upgrade. Nissan might decide to offer the VC-Turbo 2.0-liter inline-four engine with a variable compression ratio as an upgraded engine. There are also rumors that a hybrid model may finally be in the offing for the Rogue. However, neither of those rumors have been confirmed by the company yet.

The new 2021 Nissan Rogue is expected to be for sale in dealerships in late fall. Pricing should remain similar to the outgoing 2020 model. The current model begins at $26,395 for the base level S trimline and rises to nearly $36,000 for a fully loaded SL model. Look for more news about pricing in the coming months as Nissan prepares to launch this newest iteration of its most popular vehicle in the U.S. 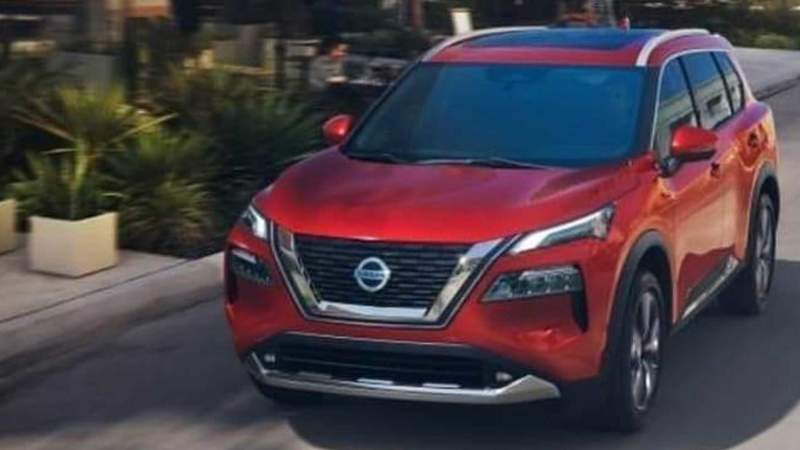