Electric car manufacturer Tesla Inc. has been in the news more than any other automotive company over the last year – and for good reason. The company, based in Palo Alto, California in the heart of Silicon Valley, carries the gargantuan expectations of investors, consumers, politicians, environmentalists, and regulators – all (or most) of whom want to see electric vehicles succeed. But the company also faces equally big problems, with many observers commenting publicly that Tesla is not delivering on its early promise.

With a share price that is down nearly 30% this year, a first quarter financial loss of $702 million, and a volatile CEO who continues to make headlines for the wrong reasons, some vocal critics are saying that Tesla has gone off the rails as a company. Here are 10 things holding Tesla back and preventing the company from capitalizing on its true potential.

One of the biggest criticisms of Tesla is that the company, under the leadership of celebrity Chief Executive Officer Elon Musk, cannot focus on getting its core business right. Instead, it is spreading itself thin by focusing on too many projects and ideas at once. This lack of focus was on full display as Musk tried to defend the company missing its first quarter projections and posting a hefty loss that neared $1 billion.

In a sometimes-rambling press conference, Musk declared plans to produce a million Tesla vehicles with full self-driving capability and launch a fleet of “robo-taxis” by 2020. He also announced plans for Tesla to offer insurance policies for its owners, develop an electric crossover SUV, and create a new electric semi-truck. Meanwhile, all journalists and analysts wanted to know is how Tesla plans to increase production and deliveries of its primary (and best selling) Model 3 compact car.

While global sales of electric vehicles have risen 25% since 2016, fully electric vehicles remain a dismal 0.05% of new car sales around the world, according to manufacturer data compiled by Consumer Reports magazine. Furthermore, when polled, only 20% of Americans said they’d consider buying an electric car in the future. The vast majority (80%) said they’re fine with gas powered vehicles.

This bad news for a company like Tesla, which has staked its future on the widespread adoption of electric vehicles. The reality is that most vehicle owners will still opt for gas cars if they’re available. Among the reasons people cite for not wanting an electric vehicle are concerns about battery life, the inability to drive long distances, and worries that they are more expensive to own and operate. Overcoming these negative perceptions and creating a groundswell of support for electric vehicles is one of the biggest hurdles facing Tesla.

Despite the lackluster consumer demand, governments in many countries are mandating that all vehicles sold within their borders be fully electric by a certain date. Over the past three years, 20 countries have set mandatory targets for electric vehicles and are in the process of phasing them in. This includes China, France, England, the Netherlands, India and Norway. In England, for example, the government has announced that it will ban the sale of new gasoline and diesel cars starting in 2040 as part of a bid to clean up the environment.

So, it may be that electric vehicles are coming whether consumers want them or not. But this change has prompted many automotive companies to also focus at least part of their business on the manufacture of electric vehicles. Volkswagen, Ford, Nissan, BMW, Mitsubishi, and Chevrolet are each devoting sizable resources to building electric vehicles – putting them all in direct competition with Tesla. This is putting new pressure on Tesla to compete with rival companies on technology and price.

If Tesla is going to compete, and win, in the global rush towards electric vehicles, then it needs to become a global company – selling and servicing its cars in all corners of the world. Yet getting its vehicles into international markets has been one of the company’s biggest problems. When explaining its first quarter loss, Tesla said ongoing logistical challenges had hindered deliveries of the Model 3 to Europe and China, hurting its sales and bottom line.

In fact, the company has never been able to achieve its stated goal of delivering 360,000 to 400,000 vehicles per year. And Musk has publicly stated his frustration at not being able to fill orders on time. These ongoing production woes are clearly holding the company back. Tesla is trying to rectify the problem once and for all, with plans to build new production facilities overseas in Shanghai, China and near Amsterdam in the Netherlands. Here’s hoping these new factories help right the ship.

This isn’t a problem unique to Tesla, but it nevertheless is a big issue for the company. We’re talking about the elephant in the room when it comes to all electric vehicles – battery reliability. Engineers, designers, and regulators all agree that if electric vehicles are to ever take off in earnest, then there is going to need to be some major advances in terms of the batteries that power them. Currently, battery life remains underwhelming and the issue of how far people can drive on a single battery charge remains a point of contention and a disincentive to buy.

The only thing more of a question mark than the batteries powering electric vehicles are the government incentives offered to encourage people to purchase an electric car. Governments around the world – like state governments throughout the U.S. to the federal government of Canada — offer financial incentives to encourage people to go green when it comes to the vehicle they drive. These range from thousands of dollars in cash back on the purchase price of an EV, to breaks on the electricity price owners pay to recharge their car in a home garage.

The problem is that many governments frequently change the incentives they offer (or discontinue them altogether), especially after elections. Indeed, Musk has publicly complained about this fact, noting that there is a direct correlation between the incentives offered and Tesla’s sales. Yet governments seem fickle when it comes to financial incentives for electric vehicles, and the discounts are often one of the first things governments cut in times of fiscal austerity.

In addition to a falling stock price and missed quarterly targets, Tesla is also grappling with the problem of mounting debt. Last year, the rating agency Moody’s downgraded Tesla’s credit rating from B2 to B3 because of concerns about the company’s ability to reach its production targets for the Model 3 and because of growing debt. Following the ratings downgrade, many analysts who cover the company wondered aloud if Tesla will eventually go bankrupt.

Such speculation has hurt Tesla’s ability to raise money, prompting the company to file papers to raise $2 billion by selling both debt and equity. Recent first quarter results showed Tesla with dwindling cash—from $3.7 billion at the start of 2019 to $2.2 billion by March 31. If the losses keep mounting, it could put Tesla on an irreversible course to financial insolvency.

By all accounts, the work environment at Tesla is less than ideal in some locations. Former employees describe the company as a torturous place to work – driven by the often-unrealistic demands of its Taskmaster in Chief, Elon Musk. This fact has been exemplified by the company’s high staff turnover – never a good sign for any organization. In June last year, Tesla laid off nine percent of its workforce, mostly salaried white color executives.

Likely the biggest thing preventing people from buying a Tesla is the price point. Indeed, the company heralded news that it has now gotten the price of its flagship Model 3 down to $35,000. This was supposed to entice consumers to buy the Model 3 in droves and reverse Tesla’s fortunes.

Unfortunately, many people still worry about the high insurance costs (plus maintenance and charging fees) involved in owning an electric vehicle. And, as previously mentioned, government incentives are inconsistent at best. And with other Tesla vehicles, such as the Model S luxury sedan, priced at $75,000 or more, it doesn’t look like Tesla is going to win over people on cost anytime soon. After all, why pay $35,000 for a Tesla Model 3 when you can get a Toyota Prius for $25,000?

It’s sad to say, but arguably the biggest thing holding Tesla back is its erratic and unpredictable CEO, Elon Musk. After all, this is the man who recently smoked pot and wielded a flamethrower on the Joe Rogan Experience podcast, much to the delight of internet meme lords everywhere. He has also broken down crying publicly on several occasions, fought openly with Tesla’s Board of Directors, been investigated by the Securities and Exchange Commission (SEC), and had to go to court twice to clarify what he can and cannot say about Tesla on Twitter and other social media platforms.

Much of Musk’s public behavior has caused volatility in Tesla’s stock price. If all this weren’t enough, many critics question Mr. Musk’s commitment to Tesla given his many other ventures, including being the founder of other companies like SpaceX and The Boring Company. The former is focused on commercial space travel and the colonization of Mars, while the latter is focused on tunnels and city transit (and flamethrowers). Given all of Tesla’s other problems, it sure doesn’t help to have such an erratic leader at the helm. 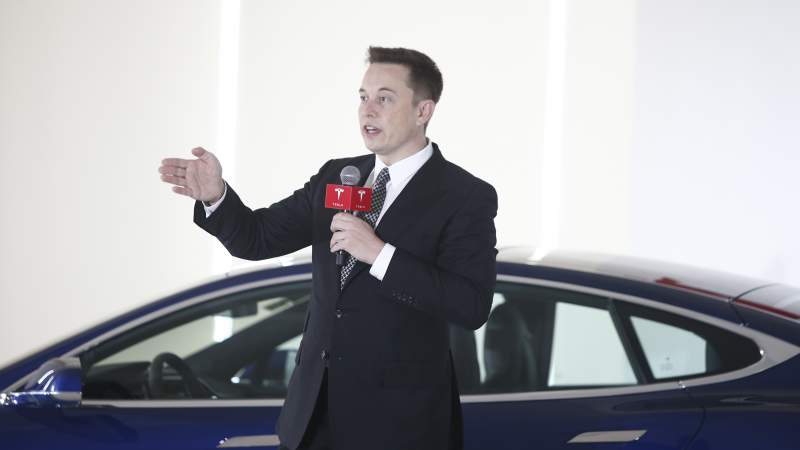